French government proposals to regulate terrorism and end the state of emergency have taken a big step towards becoming law. 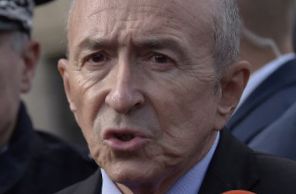 French government proposals to regulate terrorism and end the state of emergency have taken a big step towards becoming law. A four-point plan formulated by Interior Minister Gerard Collomb to combat acts of extremism cleared its first hurdle late on Tuesday (July 18) when the Conservative-dominated Senate approved the legislation. Mr Collombs measures include: new powers to close places of worship; surveillance of individuals to replace house arrest; ordering police raids to be the subject of authorisation by a judicial judge; and establishing cordons around protected areas at music concerts, sporting and national events. Senators backed a first reading of the Bill by 229 votes to 106, meaning the text will now be handed to the lower house, the National Assembly, for debate in October. The new laws  a campaign pledge of President Emmanuel Macron  will replace the country`s two-year state of emergency imposed after the November 2015 terror attacks in Paris that left 130 people dead. Under the state of emergency, police have the power to place people under house arrest, order house searches and ban public gatherings without the prior approval of a judge. The measures were extended for a sixth time on July 6 but are expected to be terminated before the end of 2017. Mr Collomb defended the Bill, saying it was necessary to combat the “ever present” terror threat. “We want to come out from the state of emergency, but we can`t do so without counter-terrorism controls in place,” he added.