Forces are still not treating fraud as a high enough priority, according to the national lead for economic crime. 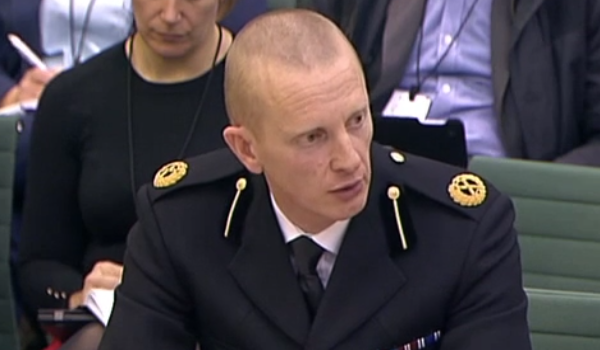 Forces are still not treating fraud as a high enough priority, according to the national lead for economic crime. Despite significant steps and improvements in recognising the severity of online fraud, more work still needs to be done, Commander David Clark told the Home Affairs Select Committee (HASC). Around 75,000 crimes are sent to forces by Action Fraud for inquiries each year  but competing priorities mean some forces investigate as few as four per cent. Security Minister Ben Wallace has recently written to all chief constables in England and Wales asking them to recognise the importance that should be placed on fraud in setting their priorities. Forces counter-fraud responses are also due to be inspected by Her Majestys Inspectorate of Constabulary and Fire and Rescue Services. Mr Clark said: If there is one message that I try and drive home permanently it is the significant impact that fraud has on victims, he said. It is not a victimless crime, and there is a chance of catching the perpetrator more often than not on those crimes that are deemed viable for investigation. I still need to change more mindsets in respect to prioritisation of fraud across UK policing. I think I am making significant progress, I think we are turning the corner, but it is slow, it is hard work, and it is about the victim. We should all remember what we are there for. The number of reports submitted to Action Fraud has risen 37 per cent over the last three years to more than 600,000. Approximately 280,000 of these are categorised as suitable for recording as crimes, and a quarter of recorded offences are disseminated for active inquiries. The HASC session on Tuesday (January 9) heard that six in 20 fraud victims claim their experiences have had a significant or devastating impact on them. However, Detective Superintendent Nicky Porter, of Greater Manchester Polices (GMP) serious crime division, highlighted that stretched resources can limit forces ability to provide thorough investigations. GMP conducted traditional investigations into just four per cent of the crimes disseminated to it by Action Fraud last year. As a result, the force is prioritising high-impact cases such as those where the offender was physically present, including bogus traders and romance fraud. While that might seem a shocking statistic, the reality is a capacity issue for us. We have to make some very difficult decisions about threat, risk and harm, said Det Supt Porter. Mr Clark stressed that the importance placed on fraud by policing has increased in recent years. Since taking on his role as economic crime coordinator, all but one force in England and Wales has created a link to Action Fraud on their websites, up from 28. The remaining force has only delayed this process as its website is being upgraded. The College of Policing has also pledged to recognise fraud as a specialist practice area of capability, and a pilot economic crime victim care unit set up in London will soon be rolled out in Greater Manchester and the West Midlands. Last year, this unit contacted 4,000 fraud victims whose crimes were not being investigated, just one of whom has since fallen victim again.