Men who wolf whistle or are aggressively lecherous to women on French streets face fines under a new law against sexism and sexual abuse to be passed next year. 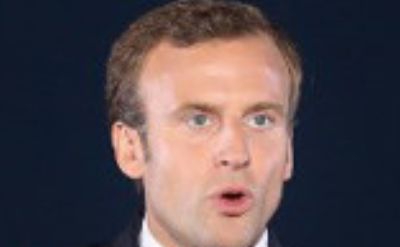 Men who wolf whistle or are aggressively lecherous to women on French streets face fines under a new law against sexism and sexual abuse to be passed next year. President Emmanuel Macron intends to empower police forces to issue on-the-spot fines to men who greet women with what the French refer to as sifflet du loup. Shouting out sexual comments could also be punished as part of proposals to tackle harassment. Many women have said that the first sexist violence they meet is in the street, Mr Macron said. This is unacceptable. Women must not be afraid to use public open spaces. This must be one of the priorities of the police. Frances gender equality minister Marlene Schiappa said workshops would be held across France to discuss the upcoming Bill. The idea is that society as a whole redefines what is acceptable or not, she said. The president also pledged to unveil details in a few weeks of a 24-hour online support service for victims of sexual violence, harassment and discrimination. A campaign will be run in schools to combat the negative influence of pornography and the time limit for prosecuting suspects accused of child rape will be extended. Mr Macron added that one woman was killed by their partner or ex-partner every three days in France, a figure he said shamed the country. He was joined by wife Brigitte as he set out his plans in a speech in Paris on International Day for the Elimination of Violence Against Women on Saturday (November 25). Last year,?Nottinghamshire Police moved to make misogyny a crime  and included cat calls in its definition. In April 2015 a building firm was investigated by West Mercia Police after a young woman complained about lecherous men wolf-whistling at her in the street.