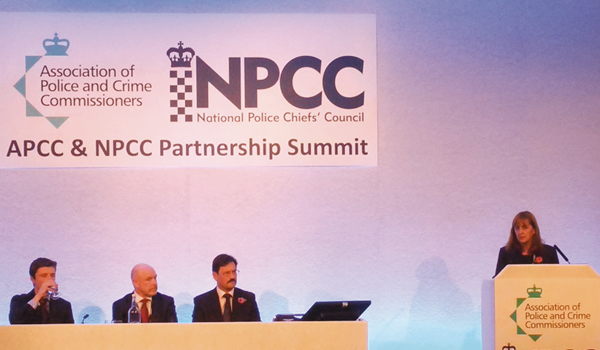 Findings from numerous reviews over the years have highlighted the sheer scale of challenges faced in reforming the criminal justice system (CJS). In 2015, Lord Justice Leveson published a review of efficiency in criminal proceedings, which concluded that the CJS was not, in reality, a single system  the police, the Crown Prosecution Service (CPS), the courts and judiciary all have different priorities and performance indicators that inhibit their ability to collaborate on work to achieve real improvement. Over the past few years, several initiatives have been introduced in attempts to make the CJS more efficient, ranging from giving responsibility for charging decisions to the CPS to using live-link video in courts as part of video-enabled justice (VEJ). However, despite these reforms, the CJS is still often criticised for letting victims and witnesses down. The reoffending rate within the first two years of prison remains at around 70 per cent, the extent of delays to trials varies significantly across the country, and the use of postal requisitions to summon people to court is increasingly leading to less engagement with the process. To address this, the various agencies that make up the CJS would need to identify the impediments to more effective collaboration, and work together on innovative strategies to overcome them. I believe the system is dysfunctional and has the potential to get worse, said Sue Mountstevens, deputy criminal justice lead for the Association of Police and Crime Commissioners (APCC) at the APCC/National Police Chiefs Council (NPCC) summit this month. If you listen to our victim focus groups, they are saying the same things today as they were ten years ago. So we have to do something different. I wish passionately we werent starting here, but here we are. We need to think differently and work with national and local criminal justice boards about how we can do things differently. An end-to-end system One of the most commonly criticised areas of the CJS is the inefficiency created by extensive delays. Last year, the National Audit Office released findings showing that two-thirds of all cases did not proceed as planned, leading to £21.5 million being wasted on preparing cases that are never heard in court. Previous inspections have also found that more than 18 per cent of police charging decisions in 2014/15 were incorrect, and 38 per cent of cases are not reviewed by the CPS before reaching court, limiting opportunities for mistakes to be found and resolved early on. According to Ms Mountstevens, part of the reason these failings have manifested is because those involved in the CJS do not commonly view it as an end-to-end system. A behavioural insights team commissioned by Avon and Somerset Constabulary found that although individuals make decisions that seem sensible in the context of their organisation, they do not always consider the impact elsewhere. The team identified four consistent sources of delays across CJS agencies, all of which related to a narrow focus on their own work: ineffective inter-agency communication; a lack of common purpose across the CJS; decision-makers having limited access to tools and information due to poor information-sharing; and poor feedback on actions that inconvenience colleagues in other CJS organisations. Other barriers stem from the lack of coterminous boundaries in the CJS. The CPS has 13 geographical regions, which do not line up well with the 43 police force boundaries in England and Wales or the regions covered by HM Courts and Tribunals Service. Each organisation has its own leadership, priorities and constraints and local, regional and national levels creating a significant logistical challenge for anyone seeking to drive forward new and innovative local initiatives. Further delays are caused by the funnel-like structure of how data is passed through the CJS. Policing submits a vast amount of information into the system every day, but the different schedules that other agencies work to limits