A phone operator has been fined £900,000 after flooding caused 74 emergency calls to fail in a four-hour period. 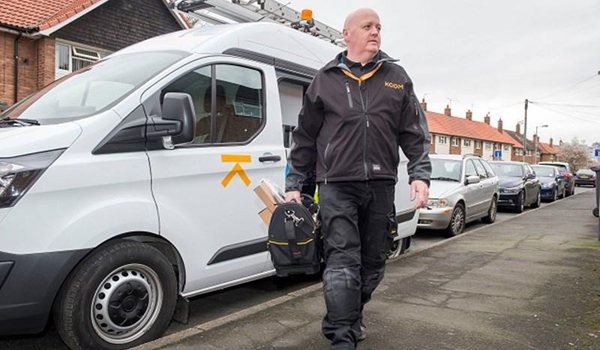 A phone operator has been fined £900,000 after flooding caused 74 emergency calls to fail in a four-hour period. Residents of Hull were left unable to reach 999 or 112 when Storm Eva took down one of BTs phone exchanges in York in December 2015. The damage meant KCOM, which operates the main communications network in the area, could not connect calls until it addressed the problem. Regulator Ofcom found a serious weakness in the companys telephone and broadband network as all emergency calls from the Hull area relied on the one flooded interchange. An investigation found KCOM should have been able to automatically divert calls via back-up routes, but these also failed when the York exchange went down. KCOM created an alternative route to bypass the flooded centre shortly after identifying the problem. However, inspectors found the company breached crucial health and safety requirements to provide the public with uninterrupted access to the emergency services. It imposed a £900,000 fine, which must be paid within 20 working days. Gaucho Rasmussen, Ofcoms enforcement and investigations director, said: Any failure to connect 999 calls is extremely serious. Todays fine serves as a clear warning to the telecoms industry that it must prioritise access to the emergency services, no matter what the circumstances. Cathy Phillips, KCOMs chief marketing officer, said: We recognise the critical importance of providing our customers with uninterrupted access to emergency call services and take that responsibility extremely seriously. Were very sorry this happened and immediately after the incident we ensured steps were taken to remove this network vulnerability. Customers trust that our service will be available in an emergency  and so they should.