Labours new Shadow Policing Minister will draw on her own operational experience as she continues to warn against keeping Britain safe on the cheap. 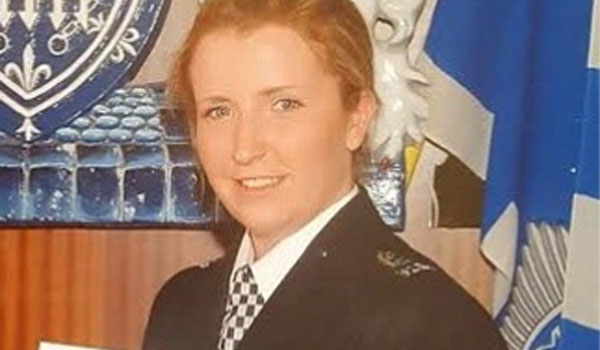 Labours new Shadow Policing Minister will draw on her own operational experience as she continues to warn against keeping Britain safe on the cheap. Sheffield Heeley MP Louise Haigh will hold the Government to account for policing issues following her appointment on Monday (July 3). Ms Haigh, formerly the Shadow Minister for the Digital Economy, has previously volunteered as a special constable with the Metropolitan Police Service. She is joined on Labours front bench by Nick Thomas-Symonds, who was appointed Shadow Security Minister, Chris Williamson, the new Shadow Fire Minister, and new Shadow Immigration Minister Afzal Khan. Gloria De Piero and Imran Hussain have also assumed roles as shadow justice ministers. Ms Haigh said she is delighted to have been offered the position. She said: As a former special constable I know the good that a well-funded, motivated and accountable police service can do. Nothing is more important than keeping our communities safe and I will fight hard to ensure that the police have the resources and powers they need. For seven years they have been shamefully starved of those resources and my message to the Tories is clear: you cannot keep Britain safe on the cheap. During Home Office questions in the House of Commons on Monday, Ms Haigh pressed Policing Minister Nick Hurd on whether he agreed public sector workers deserve a pay rise above one per cent. She said she has witnessed a collapse in morale as the Government has ignored warnings over pay and conditions. Mr Hurd said the Government wants to ensure public sector workers are paid a fair wage but the method for doing so is under review. The new appointments by Mr Corbyn has also brought a welcome return to national frontbench politics for former Greater Manchester police and crime commissioner (PCC) Tony Lloyd. Mr Lloyd returned to his parliamentary roots as MP for Rochdale last month, after Andy Burnham was chosen to take on policing responsibilities as Greater Manchesters first mayor. Mr Corbyn has asked Mr Lloyd to take on the role of Shadow Housing minister. He was first elected to Westminster in 1983 as MP for Stretford and served as a Foreign Office minister in Tony Blair`s first government in 1997 and chair of the Parliamentary Labour Party from 2006 until he was elected in the first tranche of PCCs in 2012.