The head of Police Scotlands oversight body has blamed her predecessor and backed the Justice Secretary in the ongoing impasse over reinstating the countrys chief constable. 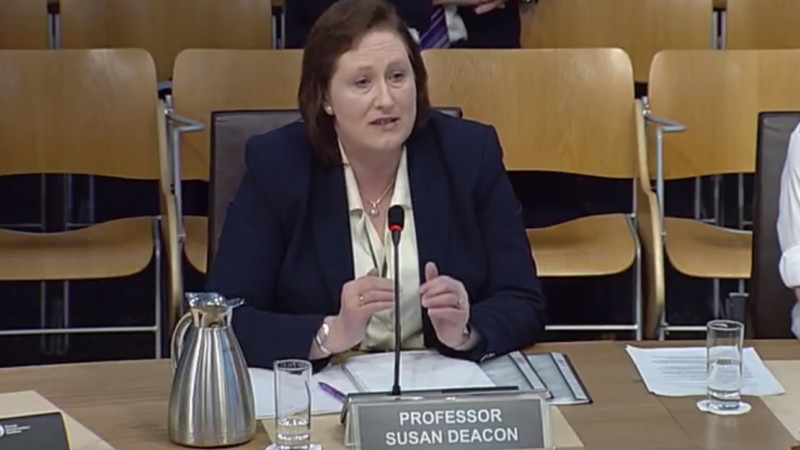 The head of Police Scotlands oversight body has blamed her predecessor and backed the Justice Secretary in the ongoing impasse over reinstating the countrys chief constable. New Scottish Police Authority (SPA) chair Susan Deacon told MSPs that a key decision under former principal Andrew Flanagan was wanting in many, many ways. Professor Deacon, a former Scottish government health minister, also said she would have done the same as Justice Secretary Michael Matheson when he questioned a flawed SPA decision. Scotlands top officer Phil Gormley is currently on special leave while the subject of four investigations by the Police Investigations and Review Commissioner (PIRC) relating to allegations of gross misconduct, all of which he denies. Last month it emerged the SPA, under former chair Mr Flanagan, had agreed Mr Gormleys return to duty, drafting a press release in consultation with his lawyers which stated that arrangements had been put in place to support the welfare of officers involved in the probes. The decision was reversed following an intervention from Mr Matheson, who told parliament key parties had not been consulted and there was a particular concern about the impact the chief constables return could have on those who had made the allegations. Mr Matheson said he had questioned clear deficiencies in the SPAs decision-making process, causing the body to reverse the move. He has been heavily criticised by Mr Gormleys lawyer David Morgan, who said there was no lawful basis for the intervention. Opposition parties have also rounded on the justice secretary, questioning why no minutes were taken during the crucial meeting between Mr Matheson and Mr Flanagan when the issue was discussed. Professor Deacon and Acting Chief Constable Iain Livingstone gave evidence to Holyroods Justice Committee about the state of Police Scotland and the SPA on Tuesday (January 23). Mr Livingstone revealed Mr Flanagan had kept him in the dark about the SPAs plan to reinstate Mr Gormley, merely texting him afterwards that deliberations were ongoing. The acting chief constable also said that after the SPA reversed its decision, Mr Flanagan told him the SPA had extended Mr Gormleys leave, but omitted any mention of the dramatic U-turn. He said his advice and views were never sought, adding: “I wasn`t told there had been a decision, a reconsideration and then another decision. Professor Deacon said she was so concerned about how the SPA board decided to bring back Mr Gormley that she told board members on her very first day at work that things would be handled differently under my watch. She told MSPs: I`ve looked quite carefully at that particular meeting and I found it wanting in many, many ways in terms of its process. “Had I been in the cabinet secretary`s shoes, and I have walked in these types of shoes in the past, then I would have asked questions. as to how that decision had been made. Personally, I think the Cabinet Secretary would be failing in his duty had he not asked those questions. I will also say for the record that if at any stage in my tenure as chair of the SPA the processes that I follow required to be questioned in that way by a Cabinet Secretary then I would regard that I would have failed in my duty as chair.” Mr Flanagan and a former SPA chief executive are due to give their side of the story to MSPs on Holyroods public audit committee on Thursday (January 25). Professor Deacon said it would take many months for the SPA to be operating at full-speed. Scottish Lib Dem MSP Liam McArthur said it had been a spectacular error by Mr Flanagan not to tell the acting chief constable about the plan to bring back Mr Gormley. He said: Were he and his colleagues expecting Iain Livingstone to simply arrive at work the next morning to find his chair was taken and the old nameplate dusted down? Assurances that this is all in the past are all very well but weve been here before. It seems these problems are being hardwired i