UK government ministers who led the Leave campaign have been accused of risking the peace process by failing to plan for the foreseeable consequences of a return to border controls in Ireland after Brexit. 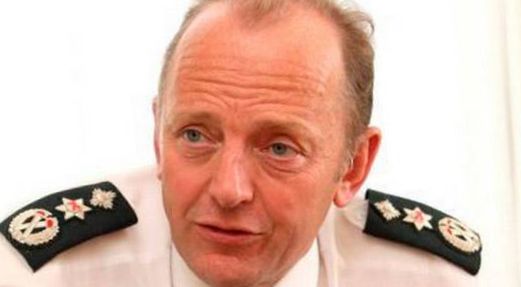 UK government ministers who led the Leave campaign have been accused of risking the peace process by failing to plan for the foreseeable consequences of a return to border controls in Ireland after Brexit. Former Northern Ireland chief constable Sir Hugh Orde fears Westminsters laisse-faire approach to planning for the complex issue of exiting the EU threatens to harm the Good Friday Agreement. Sir Hugh  having served as the first chief constable of the Police Service of Northern Ireland (PSNI) between 2002 and 2009 and is credited with winning support from Northern Irelands Catholics and Irish nationalists on the road to peace  said the mistake of dismissing border control as a sideshow is unforgivable and inept. He said that the return of the border that divides the island of Ireland is inevitable and on which the whole Brexit argument rests, warning: If you shut the front door, leaving the back door open would be stupid. That is why being part of Europe, and working closely with our security colleagues and benefiting from the agreements and intelligence is so important. Sir Hugh, an arch Remainer on matters of law enforcement, told Police Professional: On the inside we were steering and shaping. After Brexit we will be on the outside looking in and therefore not entitled to the benefits of EU membership. That in my judgment is a risky place to be in the new world of terrorism where dying is part of the plan. Now this will inevitably lead to some form of border control. And the political consequences of this will play into the hands of those who are still determined to destroy the relative peace that we have enjoyed through close co-operation and effective policing since 1998 and the Good Friday Agreement. The vision of Border controls plays into the hands of those who have yet to realise the armed struggle is over. I remember just how important demilitarisation was in terms of policing and the Anglo-Irish Agreement. Sir Hugh remembered in 2004/5 how significant an event was the removal of the terror towers along the Border. He said: It represented a shift to civilian policing, and a recognition that significant political achievements had created the conditions that allowed it to happen. Any step backwards from that is a really bad idea. The former chief constable then rounded on the leading figures in the Leave campaign for being guilty of absolutely no planning for the inevitable complexity of this critical issue. He added: None of this was new. It was utterly foreseeable. What is frustrating is how our [Remain] arguments have only ever been dismissed by the Leave camp as scaremongering. He added: I cant understand how the Government look at this and have not asked themselves how is it going to work. He went on to back comments made by Fine Gael senator Neale Richmond who said that border controls would be a target for dissident republicans. They provide an ideal, static and predictable target that prevents free movement, added Sir Hugh, who guided the Association of Chief Police Officers for six years before ending his 38-year career in policing in 2015. His forthright comments come as an academic report by Queen`s University Belfast  commissioned by the European Parliament`s Policy Department for Citizens` Rights and Constitutional Affairs  highlighted the deep risks Brexit poses to the terms of the Good Friday Agreement. The study focused on the cross border elements of the agreement and its intent to foster enhanced co-operation between the UK and Ireland. It said much of that was predicated on both countries being members of the EU. Co-author of the report, Professor David Phinnemore, said flexibility and compromise” was needed on all sides of the Brexit debate to mitigate the risks to the 1998 accord. This substantial report identifies the challenges that Brexit poses for the Good Friday agreement and hence why the Northern Ireland/Ir