Former officer to replace Deputy PCC who was forced to resign

Cambridgeshires police and crime commissioner (PCC) has announced his preferred choice of deputy after the previous incumbent stood down over allegations about his time as an undercover officer. 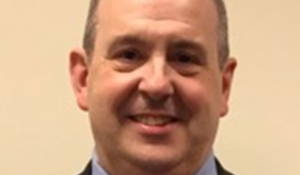 Cambridgeshires police and crime commissioner (PCC) has announced his preferred choice of deputy after the previous incumbent stood down over allegations about his time as an undercover officer. Jason Ablewhite intends to appoint Police and Crime Panel vice chair Ray Bisby as deputy PCC before the end of the year. Mr Bisby, the councillor for Stanground South in Peterborough, has also served in the military and as a police officer with the Royal Ulster Constabulary. He replaces Andy Coles, who resigned in May after reports surfaced that he manipulated a 19-year-old into a sexual relationship while working in the Metropolitan Police Services Special Branch in the 1990s. Announcing the appointment, Mr Ablewhite said: I have taken some time in deciding who to offer this important position to and Ray stood out as having the right experience and personal qualities. I look forward to Ray joining me at a time of significant change within the police and across public services as a whole. Mr Bisby spent 19 years in Northern Irelands armed and policing services before moving to Peterborough in 2007. Since then he has served as chair of the local Policing Board and on the Police and Crime Panel, becoming vice chair earlier this year. If appointed, he would seek to drive the community safety agenda in the county, bring agencies together and listen to the public and local communities. Mr Bisby said: I am delighted to be selected as Jasons preferred candidate to become his deputy police and crime commissioner and look forward to working with him as part of his team. I am keen to help Jason in the delivery of the Police and Crime Plans and ensuring that the people of Cambridgeshire and Peterborough have a police service they value and have confidence in.