A former officer who tried to murder his wife in a frenzied knife attack to rid himself of the burden of a £152,000 divorce settlement has been handed a 21-year prison term. 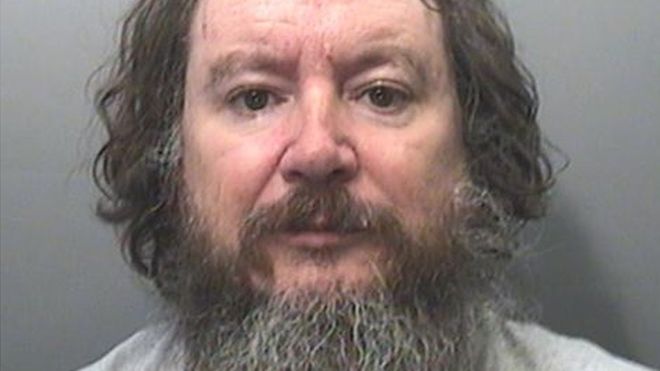 A former officer who tried to murder his wife in a frenzied knife attack to rid himself of the burden of a £152,000 divorce settlement has been handed a 21-year prison term. Ex-Police Constable Andrew Stevenson armed himself with two kitchen knives and lay in wait for his victim outside her home before launching the early morning attack. His estranged spouse, Lyneth Stevenson, suffered 22 stab and slash wounds in the assault, and asked paramedics on the way to hospital if she was going to die. Swansea Crown Court heard that psychiatric reports noted the motivation for the attack was the 58-year-olds obsession with the money he had been ordered to hand over. John Hipkin, prosecuting, said the couple had married in 1989 and had two sons, but that by 2008 the marriage had broken down and Mrs Stevenson began a new relationship. But it was not until 2016 that divorce proceedings were started. Then in June this year, Stevenson was ordered to pay his wife £152,500 in a divorce settlement. The barrister said that on August 20, Stevenson wrote, but did not send, a text message seemingly intended for one of his sons in which he said: Forgive me for what I am going to do. She is not robbing £150,000 from us. Look after yourself and the three others. You take care, I will always love you. Then, in the early hours of September 5, the former officer took two knives and travelled from his home in Morriston to his exs home in Aberdulais, Neath, where he attacked her while shouting: She has taken everything from me, I want her to die. However, her new partner William Parsons “wrestled” with the attacker, and managed to get one of the knives off him. Eventually Mrs Stevenson got free, crawled into her flat and made a 999 call, and Mr Parsons tried to stem the bleeding from her wounds. She had to spend three days in hospital. In a subsequent victim impact statement she said the attack had left her anxious and fearful, and she just wanted to return to a normal life. Stevenson had previously pleaded guilty to attempted murder when he appeared in the dock for sentencing. Owen Williams, for Stevenson, said his client had worked as a police officer in London and a City of London Ambulance Service paramedic before taking early retirement, and was a man of hitherto clean character. He said a psychiatric report into the defendant had concluded he had become preoccupied to the point of obsession with what he felt was the injustice of the divorce settlement. Judge Keith Thomas said the prospect of having to give his wife £152,000 was the catalyst for Stevenson launching the attack. He imposed a 21-year extended sentence for public protection, comprising 16 years in custody and a five-year extended licence. The judge also made Stevenson subject to an indefinite restraining order banning him from contacting the couple. He told the defendant: This was a callous, cold-blooded, and premeditated attempt to rid yourself of a financial burden.” Speaking after the sentence, South Wales Police Detective Chief Inspector David Peart described the attack as “appalling”, and said he wanted to thank the members of the community who had helped his officers with the investigation. He said: “Knife crime is unacceptable. This case shows the devastating effect the criminal use of a knife can have on an individual and their family.”