A former chief constable has spoken of his determination to save one of policing`s most iconic pieces of history for the sake of Worcestershire. 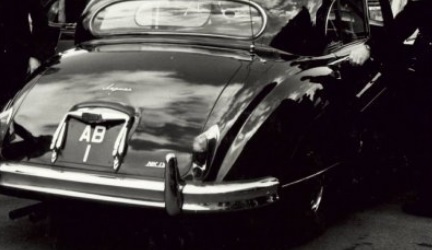 A former chief constable has spoken of his determination to save one of policing`s most iconic pieces of history for the sake of Worcestershire. Retired West Mercia Police Chief Constable Paul West is now the proud owner of one of Britain`s most valuable car number plates. His decision to pay a six-figure sum for `AB 1`  which had an auction guide price of between £225,000 and £275,000  means the registration number retains a century-old link to the police service and county of Worcestershire. UK vehicle registration was introduced in 1903 and AB 1 was the first issue to the county in 1908. It was given to Worcestershire Constabulary Chief Constable Herbert Sutherland Walker  and has adorned the car of the force`s most senior officer ever since. Mr West, who holds the distinction of being the longest-serving chief constable in West Mercia Police`s 50-year existence, was the last to use the number plate on his car when he retired in July 2011. Last month West Mercia police and crime commissioner John Campion took the difficult decision to put the treasured heirloom up for sale to raise money for frontline policing. He said the plate had not been used for six years for security reasons. Despite assurances that the force was unlikely to use it on any of its cars in the future, retired officers rounded on Mr Campion for getting rid of the forces “crown jewels”. The angry backlash triggered an online petition by former officer Alan Matthews calling on the Government to step in and prevent the sale. It attracted 895 supporters. But on Thursday (August 10), Mr West exclusively told Police Professional: “I wouldn`t have sold it, if the decision had been mine to make.” While admitting he could “understand retired officers being upset”, Mr West told the sale`s detractors: “This is a nice story, with a nice outcome . . . the car meant a lot to me and I`m glad I`ve bought it.” And he added: “I completely see why the commissioner chose to sell it. When I discovered my successor was not going to use it, what else can you do with a valuable asset?” Mr West said the purchase had been entirely a family “discussion and decision”, adding :”We didn`t want to let it go, to see it being bought by a Chinese, Arab or London investor. “Moreover, as far as I am concerned this iconic number plate was even bigger than policing, and I acted for the county of Worcestershire as a whole.” During his tenure as chief constable, the AB 1 plate was used on four of his lease vehicles  two BMW 5 series models and Jaguar XJFs. He added: “To be honest I`ve not been a big `car` person and used to drive around in old cars. New vehicles never bothered me. But in 1992 I purchased my first personalised plate and have kept that side of vehicle ownership up ever since.” Before the sale he did some research and discovered the most expensive number plate sold in the UK was bought by classic car dealer John Collins. He paid £518,000 for the letters `25 O` in November 2014 to go on his £10 million Ferrari 250. The amount smashed the previous DVLA record of £352,411 which was spent on `1D` in 2009. Mr West says he would have been prepared to pay more than the guide price quoted by regplates.com of up to £275,000 to get the number. ” And I`m not saying I didn`t,” he added, although refusing to confirm a reported figure of £160,000. “You just can`t put a value on this number plate,” he said. Now the new owner, with those continuing chief constable credentials, has also promised that selling to him means “people will still get to see it kicking about Worcestershire”. He intends to use the number plate on a “family car”, and is committed to keeping AB1 in the county during his lifetime. “Id also like to make sure that its story remains accessible to local communities,” he added, continuing the work he did to “preserve policing history” in West Mercia during his eight-year term as chief constable. He added: “I am planning to work with several former colleagues who had an even longer associa