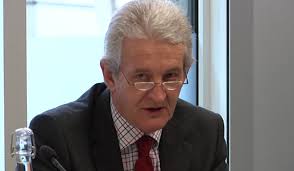 New biometric tools like facial recognition urgently need regulating to protect public confidence in policing, the biometrics commissioner has warned. Professor Paul Wiles believes forces use of facial images has gone far beyond its original purpose in custody as the technology is now being deployed at major public events. His annual report found more than 20 million facial images are held on police databases  despite a court ruling that retaining pictures of innocent people is unlawful. While use of traditional biometrics like fingerprints and DNA are regulated by the Protection of Freedoms Act, facial recognition technology is not covered by any legislation. With a new wave of tools being explored  like voice and iris recognition  Professor Wiles said ministers need to urgently consider whether new laws should be introduced or existing ones expanded to ensure current and future biometrics are properly governed. He told Police Professional: What has happened here is technical development has moved faster than the legislative development. The reason thats important is because the existing legislation and the oversight it has provided have created public confidence. It would be a great tragedy if that were damaged because these new biometrics werent regulated in the same way and didnt generate the same kind of confidence. The one thing we do not want to do is damage public trust in policing. The report, published on Wednesday (September 13), found 19 million facial images were stored on the Police National Database (PND) at the end of July. More than 16 million of these had been enrolled in the facial recognition gallery, but it is unclear how many are duplicates or relate to people who have not been convicted of a criminal offence. The true number of images on file may be even higher, as some forces  including the Metropolitan Police Service (MPS) and Leicestershire Police  have used different databases. A government review published in February found that people who have not been convicted have the right to ask for their images to be deleted. And in 2012, the High Court ruled retaining images of non-convicted people amounts to a breach of their human rights. Professor Wiles recognised facial recognitions potential to be a really useful crime fighting tool and encouraged forces to experiment with other new biometrics. However, he warned the rapid growth of the database without proper regulation could lead to wrongful allegations being made. He added that the lack of governance could damage the growth of new technologies, as forces would find it easier to develop biometrics with an existing legislative framework. The Scottish Government has recognised this issue and has established a group to advise it on how it should respond. The landscape in England and Wales is less clear because the Home Offices Biometrics Strategy, promised in 2014, has not yet been published. The report also found the number of applications to retain biometrics data that would otherwise be deleted has risen from 118 in 2014/15 to 177. Last year, Professor Wiles predecessor, Alistair MacGregor, found the low application rate risked public safety as it could lead to preventable offences being missed. While the rate of applications per force has remained consistent at nine or ten per month, the number of forces submitting requests has increased. The majority were made by the MPS, although Professor Wiles office received 82 from 22 other forces. Just 11 per cent of these applications were challenged by their subjects, and 33 per cent were rejected. Professor Wiles believes the reason 20 forces have still not applied to retain data is because doing so requires resources that could be used elsewhere. Some forces have also established dedicated units to review possible cases and make applications, which has led to greater engagement with the policy. The report was welcomed by charity Big Brother Watch, which said: It is of very serious concer