Policing has been asked to help deliver a world-class response to modern slavery after more than doubling the number of offences recorded. 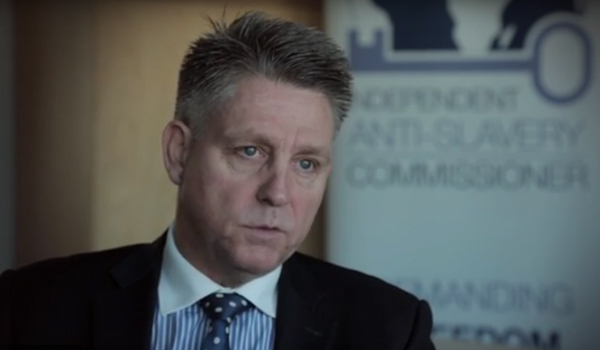 Policing has been asked to help deliver a world-class response to modern slavery after more than doubling the number of offences recorded. Figures released by the independent anti-slavery commissioner show forces recorded 2,255 modern slavery crimes in 2016/17, a 159 per cent increase on the previous year. The total means 58 per cent of cases referred to the National Referral Mechanism (NRM) in England and Wales are now being treated as crimes  the highest rate on record. However, Kevin Hyland called for further action as some forces are still waiting for NRM decisions before choosing to record a crime. He said: Now is the time to redouble our efforts to deliver world-class criminal disruption and victim support. The crime of slavery is a threat to individuals, communities and national security. Integrity must remain at the heart of what we do. Our actions must match our words. Every person suffering at the hands of traffickers and slave masters is a life worth fighting for. Home Office estimates suggest there were between 10,000 and 13,000 potential victims of modern slavery in the UK in 2013. More than 3,800 potential victims were referred to the NRM in 2016, a 16 per cent increase on the previous year. Around a third of these potential victims were children. Just 28 per cent of NRM referrals in England and Wales in 2015/16 resulted in modern slavery crimes being recorded, but Mr Hylands report, published on Monday (October 16), showed this has now more than doubled to 58 per cent. A total of 2,255 crimes were recorded out of a possible 3,871 NRM referrals in England and Wales in the 12 months to March. The Metropolitan Police Service recorded the most with 469, followed by West Midlands Police at 215 and West Yorkshire Police at 147. Over the same period, Police Scotland recorded 60 offences and the Police Service of Northern Ireland recorded 35. Evidence submitted to Mr Hylands bi-annual data request suggests recording standards have generally improved across the country as 37 forces reported making significant changes. These included creating dedicated teams to ensure NRM referrals are properly crimed, introducing auditing and inspection regimes and adding modern slavery as a searchable field in police databases. However, Mr Hyland believes there is more work to do as some English and Welsh forces are now waiting for the outcome of NRM decisions before choosing to record a crime. He said this behaviour is unacceptable as the NRM should have no bearing on forces duty to investigate allegations. Police Scotland has addressed this issue by instructing officers to record all crimes of human trafficking rather than waiting for a NRM decision. The PSNI recorded 100 per cent of referrals to the NRM as crimes in 2016/17 for the second consecutive year. Several forces were also praised for innovatively designing new methods to raise awareness of modern slavery among staff. Lancashire Constabulary has implemented a Seven Minute Briefing awareness session that has been made compulsory. The briefing has now been used to train the entire force and has enabled it to gain victimless convictions for modern slavery crimes. However, Mr Hyland called for all training to be brought in line with standards set by the College of Policing. He added: It is important that modern slavery is incorporated at all levels of police training whether for the Professionalising the Investigations Programme (PIP), promotion courses, custody officer training or for senior investigating officer training. Incorporating training in this way will see this crime embedded into the police response as business as usual, as opposed to a nice or marginal issue. A Home Office spokesperson said: The UK Government has provided £8.5 million to the police in England and Wales, over the course of two-and-a-half years. This funding will allow the police and wider law enforcement agencies to build a sophisticated intelligence base, improve training for law enfor