The Police Federation of England and Wales (PFEW) says more needs to be done to protect officers working during heatwaves, including considering investing in seasonal uniforms. 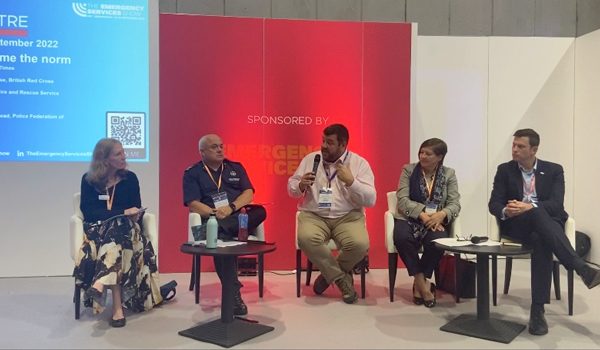 At the Emergency Services Show on Wednesday (September 21), national board member Steve Taylor said not enough has been invested in how officers are dressed as he joined a panel discussion on the emerging issue of working conditions if 40-degree days become the norm during UK summers.

“Having summer uniform and winter uniform, used to be the position of the police. It is not practical to find that elixir of the one piece of uniform that does all those things,” he explained.

“… we haven’t invested enough in how officers are dressed and prepared to meet the challenges they have to meet – more fool us really.”

It is also vital officers take regular refreshment breaks in adverse conditions, Mr Taylor added, however, he acknowledged officers are unable to do this sometimes due to the demand they are dealing with.

He said: “To what extent is that acceptable? Do we need more resources, more officers on shift, so officers are able to take refreshment breaks?”

The PFEW’s Health and Safety Business Area has introduced a new national policy, working with forces, the National Police Chiefs’ Council and the College of Policing to ensure the welfare of officers when working in adverse heat.

But he said public support was just as important, with a culture change needed in society which sees emergency services taking public breaks as acceptable and not a topic which needs to be spotlighted in the media and across social media.

“When we have those extremes of weather it shouldn’t be unreasonable for officers and the wider emergency services just to be able to hydrate and try take some practical steps to deal with the excess heat,” said Mr Taylor.

The PFEW believes if a non-essential, physically demanding activity, or an activity that would lead to prolonged exposure to the heat, is planned during a period of high temperatures, forces must seriously consider postponing the activity, or, if an officer show signs of heat illness, the activity must be paused and assessed.

“Our new national policy on working in adverse heat is designed to encourage and support our 43 police forces, the experiences of our members are fed up the organisation and we can listen to their voices and look into these things on their behalf,” said Mr Taylor.