Forces graded inadequate as tens of thousands of crimes being missed

Two forces are failing to record tens of thousands of crimes each year, an inspection has found. 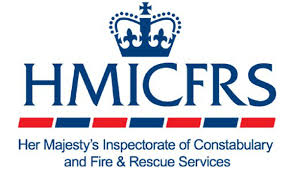 Two forces are failing to record tens of thousands of crimes each year, an inspection has found. A total of 21,200 offences (24 per cent) of crimes committed in Leicestershire slip under the forces radar, according to Her Majestys Inspectorate of Fire and Rescue Services (HMICFRS). West Midlands Police is failing to record more than 38,800 crimes per year (17 per cent), including serious violent and sexual offences. Crime data integrity reports published on Thursday (September 7) found both forces are inadequate, with particular failings in their management of domestic abuse cases. HMICFRS has urged them to make rapid progress towards addressing these issues. Meanwhile, North Wales Police was praised for improving its crime recording standards and its accuracy rate has now risen to 88 per cent. However, HMICFRS said it still has some work to do as more than 5,300 crime reports are still missed every year. Inspectors attributed this to officers with insufficient understanding of crime recording requirements and limited supervision to correct flawed decision-making. The reports also identified significant improvements made by Wiltshire Police, which pushed its recording rate to 91 per cent. The force has established a dedicated unit to ensure all reports are recorded accurately, aided by outstanding leadership. Despite some room for further changes as 4,100 crimes are not recorded each year, it was rated good by inspectors. Responding to the inspection, West Midlands Police vowed to bolster its crime recording processes but denied it is failing to record crime. Deputy Chief Constable Louisa Rolfe said: This isnt a failing but rather a conscious process decision by the force. Our call handlers record details over the phone and pass information to a specialist team for them to make a recording decision. With nearly 900,000 incident records a year its not feasible or practical for call handlers to record crimes straight away: it would generate vastly increased workload and added bureaucracy to achieve marginal accuracy gains. HM Inspector of Constabulary Zoë Billingham said: The importance of correctly recording crime cannot be overlooked, or simply passed off as a bureaucratic measure: if a force does not correctly record crime it cannot properly understand the demand on its services, nor provide support to those who need it most.