Dorset Police and Devon and Cornwall Police have announced plans to explore further collaboration, with the possibility of a merger between the two forces being considered. 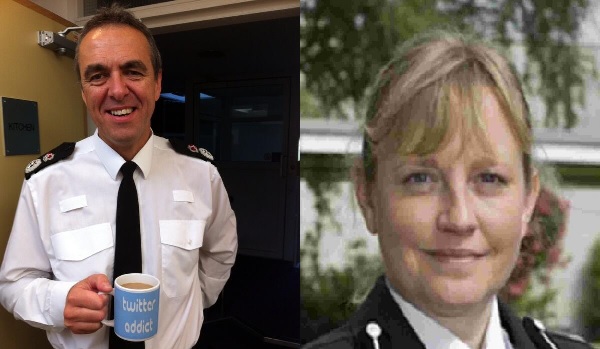 Dorset Police and Devon and Cornwall Police have announced plans to explore further collaboration, with the possibility of a merger between the two forces being considered. Police and crime commissioners (PCCs) from both forces have informed Policing and Fire Minister Nick Hurd of their support for the chief constables intentions. Consultation with key stakeholders such as locally elected MPs and councils will begin in the coming weeks. Although there has been no confirmation of how the two forces will work more closely together, one option being explored further is the possibility of a full merger, they say. If it is backed, it would be the first merger of English constabularies since the 43-force structure was established in 1967. There is already an established strategic alliance programme between the forces  agreed in March 2015  in which they work together in more than 30 administrative and operational business areas. The common areas of work included within the alliance account for almost 40 per cent of the total activity of the two forces. Operational police departments such as roads policing and prevention are also operating in collaboration across the three counties, with a further 11 going through changes which will see them aligned. Shared leadership is already in place, with two deputy chief constables who share portfolio areas. Chief Constables Shaun Sawyer and Debbie Simpson believe that although the strategic alliance has provided a more effective and efficient policing service, it is now time to progress further, with a potential aim of a merger to create a more resilient police force. In a joint statement, they said: Policing has faced some significant funding challenges in recent years and we do not see this landscape changing. To preserve local, neighbourhood policing and deliver safeguarding within our communities, as well as an ability to respond to emergencies and emerging threats as effectively as possible, we view closer working as the only way forward. Both chief constables added: We have been able to make this progress so far because of our staffs hard work and conscious effort to work in collaboration. Our officers across Dorset, Devon and Cornwall have similar policing styles, values and priorities with cultures based on delivering resilient and sustainable services to our communities. We realise there may be statutory obstacles to overcome and there is a lot of work to be done to understand the benefits and challenges ahead. We will also ensure that the views and feelings of the public are taken account of. As a result, a decision is unlikely to be made quickly but we are absolutely committed to exploring the possibility of a merger in order to continue to provide a sustainable police service for all of our communities in the future. National Police Chiefs Council Chair Sara Thornton said: Police forces merging together should enable them to strengthen their response to a range of threats and save money to preserve effective local policing. “We support Devon and Cornwall and Dorset Police in exploring how they could maintain the best possible service to their communities by amalgamating. Forces considering merging require Government support, particularly in harmonising council tax precepts. Many would agree that merging into fewer forces would be better, both financially and for operational consistency. The Home Office has said it will consider voluntary mergers but will not mandate a change to the 43 force structure. “Chiefs constables and police and crime commissioners working together to enable forces to work better as a network by sharing specialist capabilities and joining up technology. Devon and Cornwall PCC Alison Hernandez said: Myself and the PCC for Dorset Martyn Underhill fully support the chief constables proposal to explore the future opportunities for our two forces. By 2020/21 around 60 per cent of our services will be in a single alliance function  this includes front line o