A knife attacker released from prison more than eight years early after a clerical error has been returned to jail as part of a force`s 27-hour round-up of 100 `wanted criminals`. 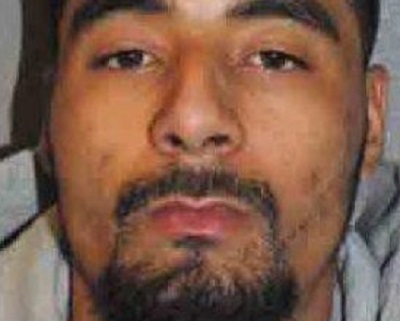 A knife attacker released from prison more than eight years early after a clerical error has been returned to jail as part of a force`s 27-hour round-up of 100 `wanted criminals`. A Ministry of Justice (MoJ) investigation was launched after court staff mistakenly handed Ralston Dodd`s appalling act of violence a sentence in months instead of years. He was jailed for nine years last November for grievous bodily harm after admitting to stabbing Jerrell Holland three times in the back following an argument in north London. Mr Holland was left shocked after spotting his assailant walking free a few weeks ago, later discovering Dodd had been released from prison after court officials wrote `nine months` rather than `years` on his forms. Subsequently, the Metropolitan Police Service (MPS) instigated an urgent search after obtaining an arrest warrant from Blackfriars Crown Court for Dodd being unlawfully at large. Last week, as part of a crackdown by West Midlands Police, Dodd was arrested in the Handsworth district of Birmingham. He was one of 100 people detained by the force in an all-out day initiative that saw all on-duty officers temporarily suspend administration duties. The arrests resulted in courts in Dudley, Walsall and Wolverhampton `packed out` and temporarily unable to take any further suspects. Arrangements were immediately taken to use the regions other courthouses. Of the 99 remaining people arrested, 54 were immediately sent to court, including 29 who received a combined punishment of four years in prison and £600 in fines. The remaining were kept in custody as inquiries were progressed. Assistant Chief Constable Sarah Boycott, said: I was closely monitoring all of the activity and was immensely proud of what we achieved. All-out days  like every day  are about our service to the public. Its about doing the right thing for them and improving the service they receive from us. The blitz took place between 3am on Tuesday (July 11) and 6am Wednesday (July 12). Dodd attacked 21-year-old Mr Holland with a knife in Laycock Street, Islington in September 2016. At his trial, it is believed Crown Court staff misheard the judges sentence and filled out prison forms for a nine-month jail term. At the time Dodd was sent to HMP Thameside in south-east London to begin his nine-year sentence, MPS Detective Inspector Will Lexton-Jones said the “appalling act of violence almost cost a man his life”. After launching an inquiry into the mistake, the MoJ said it was happy to “learn the lessons to prevent it happening again”.