For the first time research has revealed the impact of sexual abuse on male victims by female partners and the huge challenges officers face to recognise and investigate offending. 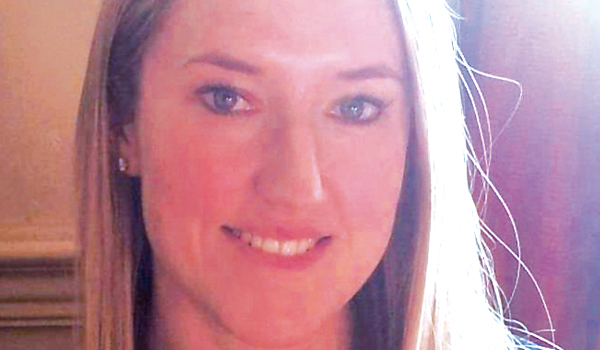 For many, the idea of a woman taking sexual advantage of a man against his will is laughable, but a new study  the first of its kind  reveals that the sexual abuse of adult men by adult women is likely to be more widespread and more frequent than was first thought. The term forced to penetrate has been coined for these cases because, while they involve non-consensual penile penetration, they do not fall under the offence of rape, said Dr Siobhan Weare from Lancaster University Law School who led the research. The offence of rape can be committed only by men due to the requirement of penile penetration of the victim. In forced to penetrate cases, the offender is the one being penetrated by a non-consenting victim. The study, supported by Survivors Manchester, a charity supporting men who have been victims of sexual abuse or rape, was the result of Dr Weares long-standing work on female offenders. She had heard anecdotes about women as perpetrators of sexual violence but was unable to find any concrete research on the matter, so decided to conduct her own. All 154 men who took part in the online survey had experienced compelled penetration. They shared their most recent experience of being forced-to-penetrate a woman, as well as their engagement with the criminal justice system, how they would label what had happened to them, and whether they had experienced emotional or psychological harm. While the sample size of 154 may be smaller than typically expected, this must be considered in the context of an issue that is under-reported and under-discussed  and that this is the first and only survey of its kind to be conducted in the UK, said Dr Weare. The hidden-hidden nature of this crime and the complex gender dynamics involved means that huge numbers of survey participants was highly unlikely  not because this isnt happening to men  but because many are made to feel too ashamed or feel too distressed to report it. Some of the men were involved in what were originally consensual sexual affairs with women outside of their marriage or their relationship. When they attempted to end the affair, the women would threaten to tell their friends, family, wives or co-workers about it to force them to continue the sexual side of the relationship. Other women threatened to commit suicide if the sexual relationship ceased. Some men reported they had suffered continued verbal pressure, in which the woman would not take no for an answer, sometimes turning to emotional bullying and blackmail. As well as threats, blackmail and coercion, around one in four men reported being taken advantage of when drunk. Use of force, such as pinning down with bodyweight or having a weapon, featured in 14.4 per cent of cases. Rape was the most frequent label used to describe their ordeal, despite the law not recognising such cases in this way. Eighty per cent of men did not disclose their experience to family or friends and 74.5 per cent had not sought support, suggesting that men were left feeling isolated and alone in dealing with their experiences. Only two of the men taking part in the survey reported the incident to the police. In neither instance was the case taken to court. There was an idea that the police would not believe them, that if they did report it they would be laughed at or told it was not possible, said Dr Weare. A couple of the men did indicate that they had gone to a police station and made a formal statement, but that nothing was done. She said other men attempted to report the incident in a more informal way, for example, stopping a police officer on the street and explaining what had happened, only to be told that there was nothing to be done as no offence had been committed. In a recent thread on the social news website Reddit, men opened up about their experiences of being sexually assaulted by women and highlighted another reason why they might be reluctant to go to the authorities. In several instances, men said they feared they would be see