Force works with CPS to `get tough` with officer attackers

A chief constable will add an additional layer of support for police staff and officers after figures revealed almost a year of service was lost as officers recovered from their injuries last year. 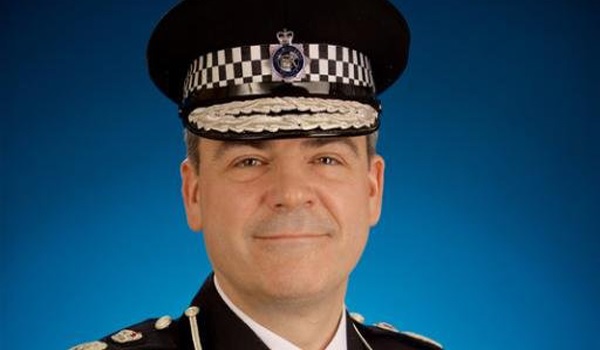 A chief constable will add an additional layer of support for police staff and officers after figures revealed almost a year of service was lost as officers recovered from their injuries last year. Dave Thompson, who has led West Midlands Police since 2016, will include a personal statement with every officer assault case brought before the courts, outlining the implications of having a protector off-duty due to their injuries. He said time off recovering from a senseless attack is time taken away from members of the public who need their community protected. Between April and December 2017, 669 assaults were recorded on West Midlands Police officers and staff. The force said 356 days of service were lost as a result, which equates to around £65,000 in sick pay. Backed by the Crown Prosecution Service (CPS), the impact statement will be used during sentencing and will allow the judge to consider the impact the assault has had on the force, the officers family and the public. When it comes to prosecuting suspects, we have been working closely with CPS in our region, Mr Thompson added. We will be making sure that for each prosecution of an assault on one of our officers or staff, the court understands the impact this has on us, our families, our workplace and the policing of the West Midlands.” West Midlands Police is the latest force to implement the chief constable-endorsed impact statement, which has been adopted by a number of forces including West Yorkshire Police. However, Mr Thompson sought to highlight the poor sentences given to those who assault officers, by sharing harrowing body-worn video footage of an incident in which Police Constable Emma Agyei was forced to the floor by a 24-year-old man, who then smashed her head against the floor and ripped out a large chunk of her hair. The man pleaded guilty to assault and only received a 12-week suspended sentence. In the last three years, 2,336 police officers have been assaulted in the West Midlands. Of those, 89 were police community support officers (PCSOs) and 131 were custody staff. Mr Thompson said these figures are unacceptable, adding that the force must work harder to protect its officers and staff. He continued: No officer or member of staff should come to work and accept that being assaulted or abused is simply part of the job. As a victim of crime, they will be offered the same service any member of the public would expect. As an employer, were doing the right thing and adding in an additional layer of support.” West Midlands police and crime commissioner David Jamieson added: I am pleased that the chief constable is getting tough on these unacceptable crimes. “The police protect the public, it is therefore important we protect our officers, PCSOs and staff too. “Officers and staff should not have to put up with violence and assaults whilst keeping the public safe. “West Midlands Police takes assaults against its staff and officers incredibly seriously. The force will do all in its power to bring those who commit such crimes to justice.”