Force: We gave wrong impression warning over childrens use of bait-out groups

A force caught up in a media storm has re-issued an appeal to clarify its position over children sending sexually-explicit images from their mobile phones. 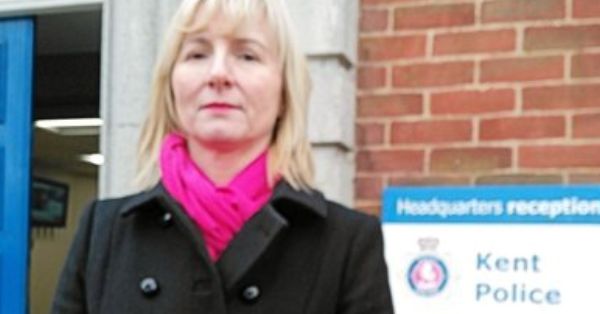 A force caught up in a media storm has re-issued an appeal to clarify its position over children sending sexually-explicit images from their mobile phones. Kent Police today insisted it had only sought to raise awareness of a worrying trend after a national charity complained its advice could lead to the unnecessary criminalising of youngsters, or parents whose son or daughter has been sexting. Assistant Chief Constable Tony Blaker said the force now recognised its warning of potential risk of parents becoming involved in a police investigation  and possible arrest  had given entirely the wrong impression. The original warning formed part of a wider campaign on the rise of so-called `bait-out` groups on social media where sexual images of children get shared between large groups of people in order to shame and bully the victims. An investigation has found that 40 children in Thanet who have sent nude photos of themselves have ended up on a `bait-out` group on Snapchat since the start of 2018. The force initially advised parents to tell their?children of the dangers of sexting?and other forms of sending explicit photos. It is against Section 1 of the Protection of Children Act 1978 for a minor to take or share explicit images or videos of themselves or anyone else under 18. Sending and receiving such messages could have an effect on the children`s emotional health and wellbeing, the force added. Kent Police said that investigations would often focus on the person responsible for the phone contract if that phone was used to send explicit messages or images. And Detective Superintendent Susie Harper, while stressing she was not raising awareness to scaremonger but rather safeguard young people and protect them from harm, added: “If a child`s mobile phone contract is in his or her parent`s name, then the parent can be liable for what the phone is used for, and any indecent material that is saved or sent from it. “That could mean police turning up at the family home with a search warrant, property being seized, potential arrests and innocent people being suspected of serious offences. This brought a strong reaction from the NSPCC whose spokesperson said: “Children who share a naked image of themselves?should be taught why it`s a bad idea, supported and safeguarded  certainly not branded criminals. “We don`t want to see the unnecessary criminalising of children, or parents whose son or daughter has been sexting. “Once a child sends a picture of themselves they have no control over where it is shared or who sees it. That can leave a child feeling humiliated and even lead to them being bullied or blackmailed.” But on Thursday (February 1), Mr Blaker told Police Professional: Further to the warning we issued yesterday over sexting and bait out groups, it is important to clarify that while Kent Police is concerned about the number of offences being reported regarding the sharing of images by children and young people, the force is not looking to criminalise young people or their parents. We wish to raise the awareness of this trend with parents, as they often supply mobile phones and computer devices to their children and, as they may hold the contract to those phones or devices, they are often the first point of contact when police investigate criminal offences. The purpose of raising the issue with parents is to encourage them to engage with their child about the risks of this activity online, and expose the risks involved in this type of behaviour and of what could be a criminal offence. We also want to enable parents to safeguard their children from harm. Shared images can often lead to bullying or exploitation of their child. We recognise that our warning about the risk of parents becoming involved in a police investigation has given the wrong impression.? Our priority is encouraging parents and children to have open conversations about this issue and our approach would be to avoid criminalising any child