A force has defended its attempt to break a “legacy of mistrust” with a new LGBT recruitment campaign. 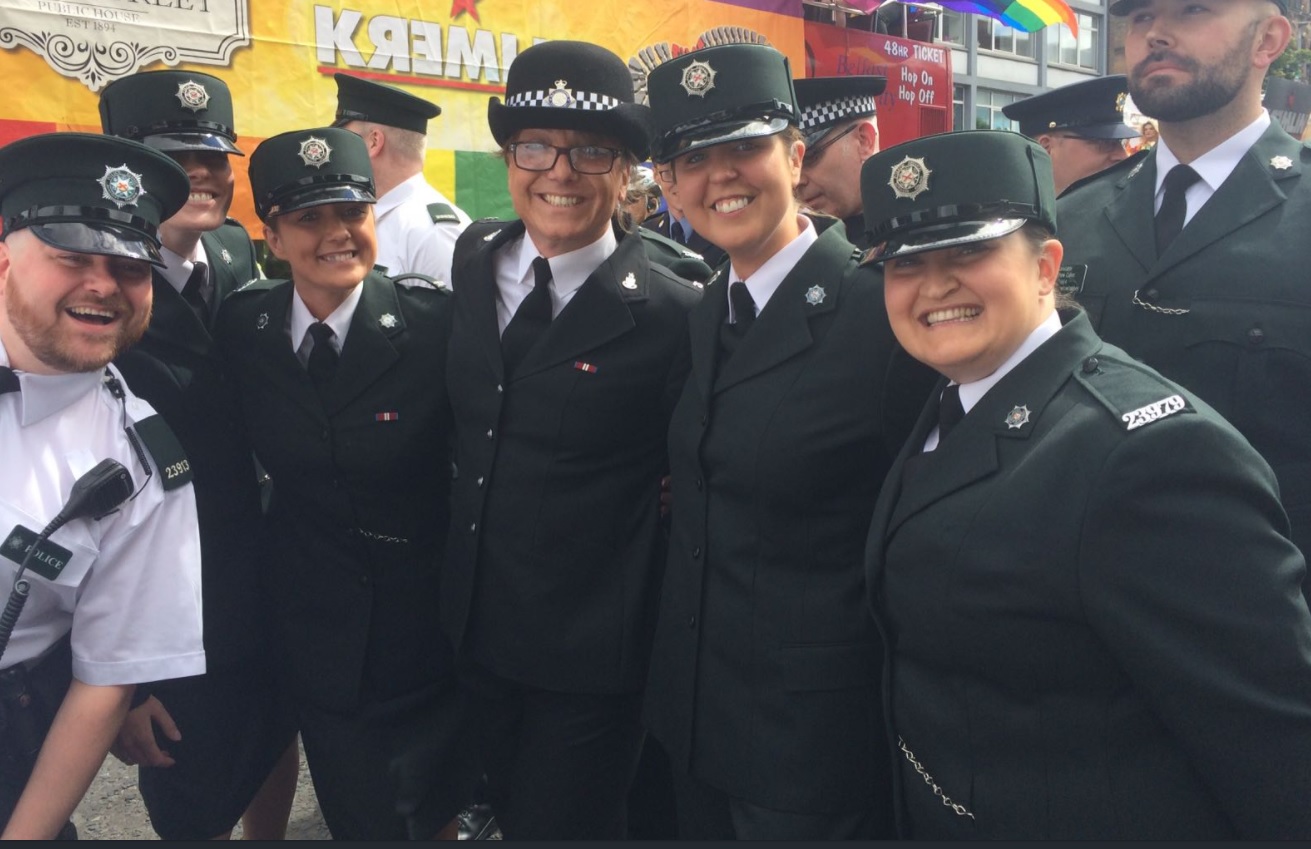 A force has defended its attempt to break a “legacy of mistrust” with a new LGBT recruitment campaign. Gay, lesbian and transgender groups have welcomed the encouragement for those who had never previously considered a career in policing to apply to the Police Service of Northern Ireland (PSNI)  despite a barrage of criticism. The force, staging its first such events for the LGBT community next month, has been accused of pandering to an “equality plus” agenda  and “forgetting” the purpose of policing. And despite being vehemently attacked on the issue for having “lost the run of themselves”, the PSNI has hit back that it is committed to ensuring the workforce is “representative of the community” Traditional Unionist Voice (TUV) leader Jim Allister claimed that the four events  to be held in partnership with LGBT rights group the Rainbow Project and trans rights group Sail NI in Newry and Belfast  may “make Christian police officers uncomfortable”. Mr Allister questioned why the PSNI was choosing to “link up with one of the most political, agitating groups” in the form of the Rainbow Project and criticised the force`s previous involvement with the Belfast Pride parade earlier in the summer. “Have they forgotten that the purpose of policing is to give safety and security to the community, and liverying up police cars with rainbow colours won`t achieve this aim?” he asked. “The chief constable needs to get the focus back on tackling crime rather than focusing on political commentaries.” Mr Allister added: “Groups like the Rainbow Project seem to want to have equality plus. This is unwarranted pandering to a community that is already protected against discrimination in employment law. Whatever happened to the merit principle? “These groups claim that there is under-representation of LGBT and trans people in the police force. What is the benchmark? “We are already in the ludicrous situation of having active discrimination against Protestants through 50:50 recruitment. Are they wanting to do something similar with this?” Mr Allister also claimed a trans police recruit in Northern Ireland was permitted to identify with different genders during their day-to-day work. However, the PSNI said that no officer had declared they were `gender fluid`. In a statement, the force added that 1.85 per cent of officers declared themselves lesbian, gay or bisexual. Ellen Murray, a director of Sail NI, said Mr Allister`s concerns had “no validity”. “There is a long road to go, but I think that the PSNI recruitment events are generally headed in the right direction,” she added. “During the event organised in partnership with us, people interested in joining the police will have the opportunity to talk to Hailey, a trans police officer from Hertfordshire, to hear what it is like to work in the police force. “I think it is very welcome to see that the PSNI is taking diversity seriously and promoting interaction with the trans community. This will be a way to build bridges. “It is true that LGBT people are provided with protection against discrimination by the law, but under Section 75 of the Northern Ireland Act they are obliged to promote equality in recruitment.” Ms Murray admitted her organisation was “not aware of any out and proud trans police officers” in Northern Ireland, but she said that they “almost definitely” existed. “Around one per cent of the population is LGBT, which equates to around 15,000 to 20,000 people in Northern Ireland,” she added. Director of the Rainbow Project John O`Doherty said his organisation was “very happy” to support recruitment efforts. “The legacy of criminalisation had led to distrust of the police within the LGBT community, but over the past then years the PSNI has made commendable efforts to engage with the community and ensure that everyone has access to a high-quality police service,” he added. “We believe public services should be representative of the communities they seek to serve and we hope that LGBT people, who would nev