It starts with someone you meet at the local gym, asking you to come with him to a rally. It ends with the sound of running feet and a young person lying in the street. 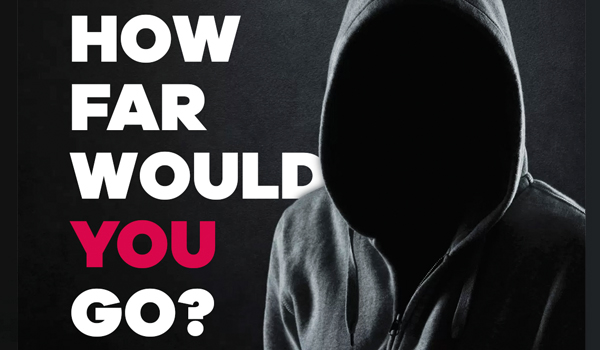 It starts with someone you meet at the local gym, asking you to come with him to a rally. It ends with the sound of running feet and a young person lying in the street. Bedfordshire Police is using smartphone technology to launch a new initiative aimed at deterring youngsters from radicalisation, hate crime and right-wing extremism. Cross The Line, which was unveiled last week, is a hard-hitting web app that uses social media to put the user directly in the centre of the action, through the use of information from the individuals personal profile, alongside video and social media messages. The app takes the user on a journey which sees their persona getting drawn into the extreme right wing, before quickly escalating into violent hate crime in which they are the suspect. The user has a number of choices to make within the app which influences the steps they take and decides whether they eventually Cross the Line. The aim of the initiative is to highlight how easily anyone can be influenced by radical behaviour  and to educate young people about the consequences of being drawn into extremist ideology. Assistant Chief Constable Jackie Sebire of Bedfordshire Police said: Those with extremist ideologies may target those who can be vulnerable for a number of reasons  whether that is social isolation, feelings of grievance and injustice, or a desire for status. Cross The Line aims to help young people, who might be at risk from radicalisation, to recognise the signs that they are being influenced or controlled by others. The app also addresses the social divides that extremism in all its forms can create, tackling the issue of hate crime that can sadly result from community tensions. We at Bedfordshire Police, and our partners across the eastern region and nationwide, will not tolerate those who seek to provoke tensions within our communities, or who target others because of any aspect of their identity. This is hate crime and we are committed to helping prevent it, as well as to encouraging victims to report their experiences and seek support. The launch of Cross The Line comes shortly after a man was jailed for 12 weeks for racially/religiously aggravated common assault and aggravated criminal damage towards workers at a takeaway in Luton. Hate Crime Sergeant James Hart said: This incident caused significant harm and distress to all victims present. This behaviour will not be tolerated by Bedfordshire Police and we are really pleased with the sentencing decision. It indicates that the Crown Prosecution Service and the courts also adopt a zero tolerance approach to hate crimes. They are based on ignorance, prejudice, discrimination and have no place in our society, as everyone has the right to live free from fear or harassment. A 25-year-old woman was also found guilty of racially aggravated common assault last month after entering a care home where her victim worked and accusing her of being a terrorist before repeatedly striking her in the face with a handbag. A total of 62,518 hate crimes were recorded by police in England and Wales in 2015/16, an increase of 19 per cent compared with 2014/15. A staggering 49,419 of these were racially driven. In Bedfordshire, 617 hate crimes were recorded in 2015/16, along with a further 241 hate incidents, compared to 580 hate crimes and 179 hate incidents the previous year. The force says the rise is indicative of an increased confidence in victims coming forward to police about their experiences. But despite this, it adds that the under-reporting of hate crimes and hate incidents remains one of the biggest challenges faced by police nationwide, and there is still more work to do to encourage victims to speak out. Ivan Humble, a former right wing activist group organiser, says Cross the Line is all about giving someone the choice before making a mistake. I wish the Cross the Line app had been around when I was younger, as I think it would have given me a chance to see what I might be getting into before I actu