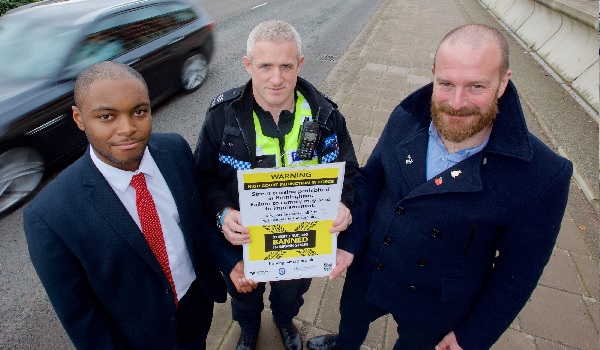 Four men have appeared in court charged with illegal street racing under West Midlands Polices severe car cruising Injunction. The group  aged 18, 26, 27 and 31  were arrested on Sunday (January 14) after allegedly weaving between traffic and aggressively undertaking motorists on Nechells Parkway in Birmingham and the A38 Minworth by-pass. Appearing at Birmingham Crown Court the following day, the men were remanded in custody and bailed to return next month. A car cruising injunction has been in place across the whole of Birmingham since October 2016, which bans people from speeding, racing and driving in convoy, performing stunts and causing an obstruction on a public highway. It also covers anti-social motoring such as revving engines, blaring horns and playing loud music at vehicle gatherings. The High Court order  which runs until October 2019  means anyone caught committing the aforementioned crimes will be held in contempt of the ruling and could be jailed for up to two years. Superintendent Dean Hatton, head of Force Traffic, said street racing has reduced significantly since the injunction was put in place. He added: Weve taken a really firm stance on street racers in recent years: more than 200 have been taken to court and handed heavy fines and driving bans. And the High Court order  secured by us alongside Birmingham City Council  now gives us additional powers to take offenders to court. Reports of street racing have reduced dramatically as offenders understand we wont tolerate it and have regular proactive patrols to catch them. But recently we have seen an upturn in complaints from residents and other motorists reporting anti-social driving. These arrests should highlight that it still an issue we take very seriously and anyone convicted of ignoring the injunction needs to understand we will take them to court  and the punishment can be very severe. Supt Hatton added: Signs have been put up at the roadside on hotspot routes, including the A47 Fort Parkway, A38, A45 and city centre Middleways, warning drivers about the Injunction. There are no excuses.