A force that lays claim to having the highest number of drink-drive prosecutions in the UK has vigorously defended its decision to name and shame potential offenders in the run-up to Christmas. 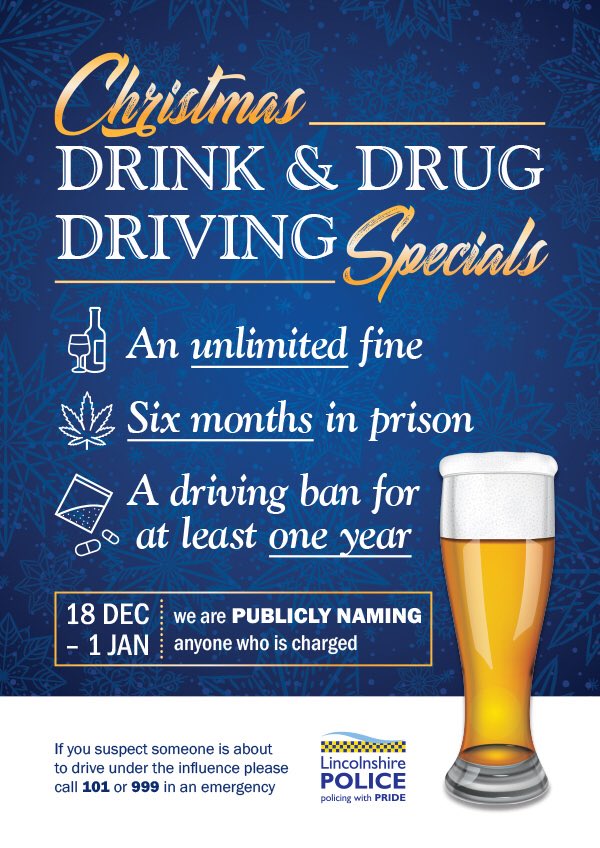 A force that lays claim to having the highest number of drink-drive prosecutions in the UK has vigorously defended its decision to name and shame potential offenders in the run-up to Christmas. Lincolnshire Police has been publishing details about those charged on its website, which includes their name, age, address and date of court appearance, in a bid to deter others from driving while under the influence during the festive period. The force has indicated it intends to stop many more motorists than usual suspected of drink and drug offences, adding that it aims to inconvenience the public as little as possible. But the campaign has met with sharp criticism from celebrity defence lawyer Nick Freeman  known as Mr Loophole  who describes the move as premature. Mr Freeman said: You are only deemed guilty when a court of law has considered the evidence and convicted you. What Lincolnshire Police should be doing is saying the force are going to have a drink-drive campaign, and after Christmas we will have a gallery of shame for all those convicted. That would provide the perfect deterrent. What it shouldnt do is name and shame people who ultimately might be acquitted. But Superintendent Phil Vickers said: It is a factual report that someone has been charged  it is already in the public domain. It is something that we already do, as police guidelines recommend, with other offences, such as burglary. The purpose of the campaign is to raise awareness and to make local people think and plan how theyre going to get home. He added that the force would be happy to speak to anyone unhappy at being named that is acquitted, and that the officers out there doing the breath tests are the officers who attend the car accident scenes and are the same officers that have to go to the families and tell them a loved one is not coming home. There is nothing worse than going to break that news just before Christmas. You can see all the decorations in the window and the children playing in the lounge and you know youre about to bring devastation to this family. So even though it is seen as controversial, if it makes people think then it is worth it. The force told Police Professional it was perfectly satisfied that its approach to name people is both legal and legitimate, accusing Mr Freeman of inaccurate statements on the matter. According to Lincolnshire Police, the force already prosecutes the highest number of drink-drivers in the UK. In 2016, they charged more than 700 people with the offence. Road safety charity Brake has backed the scheme. Campaign director Josh Harris said: We, as a charity, support any intervention which is proven to make UK roads safer. Drink and drug driving is a major issue on UK roads, causing 15 per cent of fatal crashes in 2016. However, greater police enforcement throughout the year is the best way to send out the message that impaired driving will not be tolerated. Supt Vickers added that a review of the campaign would be carried out at the end of January to assess what else can be done throughout the year to tackle the issue.