Senior officers have been told to reassure staff they can come forward in a developing culture of open speech with reports of abuse in the wake of the Harvey Weinstein scandal. 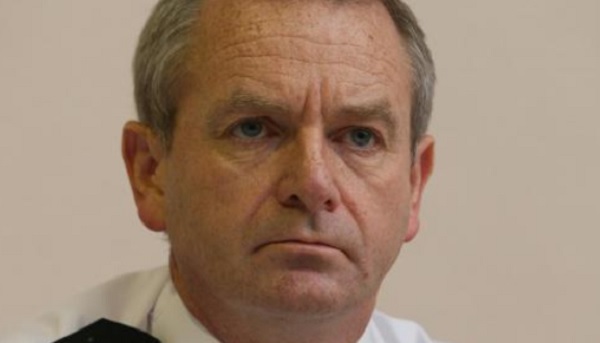 Senior officers have been told to reassure staff they can come forward in a developing culture of open speech with reports of abuse in the wake of the Harvey Weinstein scandal. Police Scotlands acting chief constable Iain Livingstone has spoken about measures in place for all staff to talk freely about issues in the workplace and that they are properly dealt with. Mr Livingstone said that harassment of any kind is not acceptable and encouraged any of the forces personnel to report to line managers or through the anonymous reporting facility  Integrity Matters. He said: If you look at what we have with Integrity Matters in terms of a confidential means of communicating with the organisation, some other institutions are looking at the practices we adopted. We are developing a culture that encourages people to step forward. and we have done that. The number of direct inputs to professional standards from individual officers has increased. And they are doing it in an overt manner. Mr Livingstone issued the statement following news that the Metropolitan Police Service (MPS) is investigating seven allegations of sexual assault and harassment against Hollywood film producer Mr Weinstein. Officers are looking into separate incidents alleged to have occurred between the 1980s and 2015 in London and outside of Britain. The MPSs Child Abuse and Sexual Offences Command said it is looking at the victims claims under Operation Kaguyak. The force confirmed no arrests have been made over any of the allegations at this stage. New York City Police Department is also investigating claims against Mr Weinstein  including rape and sexual assault. Mr Weinstein, who produced Oscar-winning films Shakespeare in Love, The English Patient, and The Artist, faces a total of more than 50 allegations of sexual harassment and assault.? The Academy of Television Arts & Sciences is the latest Hollywood organisation to hand a lifetime ban to the 65-year-old, following similar action from the Producers Guild of America. Last month, the MPS said it was looking into claims from three women that they were attacked in Westminster, Camden and West London. According to the force statement, one woman alleges she was sexually assaulted outside of Britain in 2012 and again in Westminster in 2013 and 2014. Another woman has claimed the same man sexually assaulted her in London in 2010, 2011 and 2015. Mr Weinstein has previously unequivocally denied all accusations of non-consensual sex. He has also distanced himself from reports he hired corporate-intelligence companies to suppress allegations that he had sexually harassed or assaulted numerous women.