An officer has apologised after being filmed jokingly telling a black man: “You would be the first one I would shoot if I had a gun, definitely.” 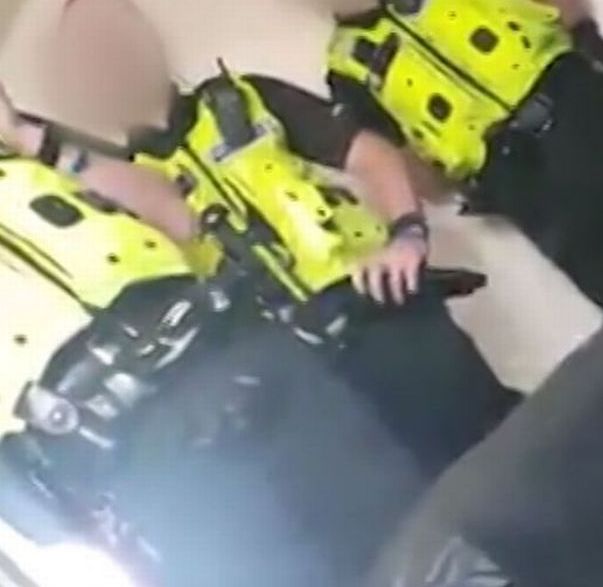 An officer has apologised after being filmed jokingly telling a black man: “You would be the first one I would shoot if I had a gun, definitely.” The footage also showed the same officer asking the 24-year-old man if he was “going to go all Black Lives Matter” on the officers. West Midlands Polices Professional Standards Department is investigating after a video was posted on social media site Dave. The force received an official complaint and referred the matter to the Independent Police Complaints Commission (IPCC) for investigation. The footage starts by showing officers inside a house talking to a man as he sits on a sofa smoking. It shows them questioning why he had refused to open the door to which he said he was half asleep, despite being able to shut the window on the officers. He then said he did not allow officers in because he had seen videos of how police treated others. One officer then asks the man: Are you going to go all Black Lives Matters on us are you? The man on the sofa replies: Yeah. The officer then joked: You would be the first one Id shoot if I had a gun, definitely to which the man replies Oh f**king hell. Several voices are then heard to laugh at the comment. Assistant Chief Constable Alex Murray said: What was said was not right and the officer has been removed from front line duties pending further assessment. The officer has already expressed remorse and is very apologetic over his comments. We expect the highest standards of behaviour from all our officers and staff, and we will always take complaints from members of the public seriously. It was thought the incident was filmed in Coventry on August 24.