Surrey Police has secured Englands first ever conviction for coercive behaviour without a victim statement, two years after the law came into force. 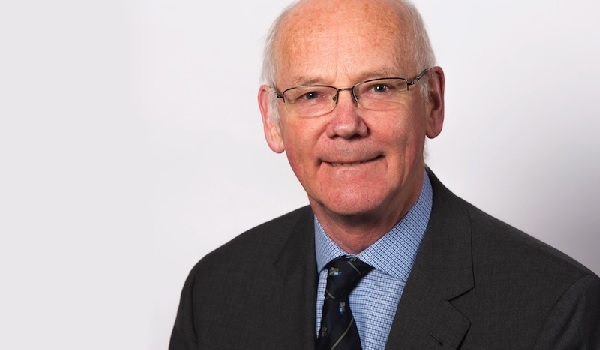 Surrey Police has secured Englands first ever conviction for coercive behaviour without a victim statement, two years after the law came into force. Steven Saunders, 31, was sentenced to 18 months in prison for coercive and controlling behaviour against his partner on January 18. He had manipulated his partner to the point of removing her from supported accommodation, forcing her to live on the streets. Staines Magistrates Court heard Saunders also spent her benefits, held her bank card, sold her mobile phone, and forced her to shoplift. Surrey police and crime commissioner David Munro said the case marks a significant milestone in the fight against domestic abuse. Saunderss offending came to light when a midwife intervened, and further evidence was submitted by other medical professionals, social services and Surrey Police about his behaviour, the disclosures his partner made and the fear she was under. He would not allow his victim to be seen by any professionals alone and became aggressively jealous when the couples unborn child was mentioned. This evidence meant charges could be brought against Saunders without the woman  who felt worn out and fearful of him  needing to give a statement. Sentencing, District Judge William Ashworth said: The evidence of other people that met both of you is that when she is with you she is dominated, downcast and when she is away from you she springs up and wants to tell everyone whats going on. “The hearsay evidence I have admitted are very clear you were controlling and overbearing to her. That evidence has not come from here and I still have to decide what weight to give to them. When assessing that I see it said again and again by the professionals that you control her, push her around and wont let her see her family. You wont let her spend time in a refuge and lie to her to get her back onto the streets and under your control.” Saunders received an additional three months on top of his 18-month sentence for failing to fulfil a community order from a previous conviction. He was also handed an indefinite restraining order. Detective Constable Seb Valentine, who led the investigation, said: “Steven Saunders was placing his vulnerable partner and unborn child in great danger. He was aggressive and manipulative and wanted to retain full control over her. Such coercive and controlling behaviour has been a criminal offence since 2015, but securing a conviction on hearsay evidence is unusual, and this is the first example of it for this crime. I am pleased to say that the victim has now been relocated and is determined to re-build her life away from Saunders.” Mr Munro added: This case marks a really significant milestone in the ongoing battle against domestic abuse and is a testament to the sheer hard work and determination of those agencies in Surrey working together to tackle it. “More importantly, this is a great outcome for the survivor in this case who is now able to rebuild her life away from the clutches of a clearly manipulative and controlling abuser. “I hope this case sends out a clear message to those who believe they can use control and fear to silence their partners that there is no longer any hiding place for those that perpetrate domestic abuse. It also demonstrates that agencies at the forefront of tackling this crime will use all those powers at their disposal to bring offenders to justice and help survivors reach places of safety.” In contrast, Plaid Cymrus justice and home affairs spokesperson Liz Saville Roberts said domestic abuse victims were being let down, as figures revealed just over half of officers in Wales have received training on the new coercive and controlling behaviour law. North Wales Police has the highest number of officers trained, with 76 per cent, followed by Dyfed-Powys Police with 70 per cent and Gwent Police with 68 per cent. South Wales Police has the lowest proportion with just 39 per cent of officers being trained since the law came into force in Decem