CCTV images of a man have been released after a female officer was assaulted, dragged into a car and driven around for five minutes following an attempted arrest. 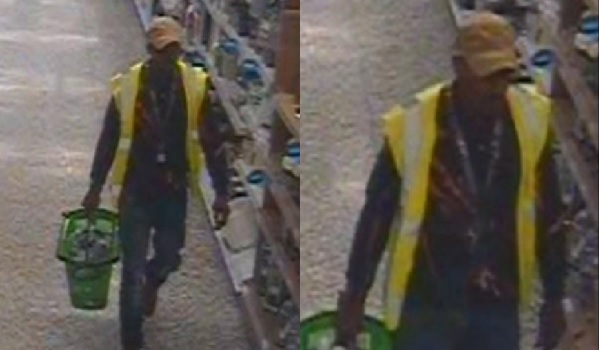 CCTV images of a man have been released after a female officer was assaulted, dragged into a car and driven around for five minutes following an attempted arrest. The plain-clothed officer was with a colleague when they approached a man who had previously been involved in a row with two members of security staff at Asda in Ashton-under-Lyne. After they tried to stop him from running away, he managed to “fight them both off” before jumping into a silver car – while still attacking the pair. During the struggle the officer was pulled into the vehicle and “kidnapped” for a short time, with the car speeding off with her still inside. The officer managed to escape from the car after around five minutes as it approached the junction of Cavendish Street and Wharf Street. Greater Manchester Police has now released a CCTV image of a man they wish to speak to in connection with the attack which happened on Tuesday, September 19 just before 7.25pm. Detective Inspector Richard Ennis said: This was a terrible incident that could have left the officer, who was only trying to do her duty, even more seriously injured. The area was busy at the time including passing traffic and I genuinely believe someone must have witnessed what happened. Did you see the silver vehicle that sped off? Were you passing this incident or in the locality and may have a dashcam or other vehicle CCTV that may have captured the incident or the silver vehicle driving at speed or dangerously? I would ask the public to look at the images of the man pictured and please provide any information as to his identity.