A force is promising to use social media again to put public opinion to the test on policing issues after its Twitter followers gave a massive vote of confidence to spit guards. 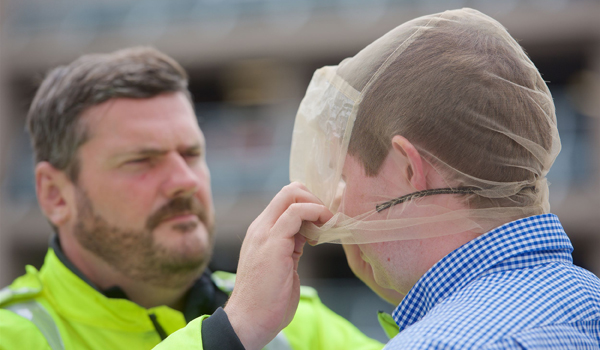 A force is promising to use social media again to put public opinion to the test on policing issues after its Twitter followers gave a massive vote of confidence to spit guards. Durham Constabulary carried out a poll to gauge reaction to the hoods, which have gained increasing support among the public but are heavily criticised by human rights groups. Out of 1,327 people who expressed a view in the social media survey, 93 per cent said they supported the use of the restraint device that policing insists is vital to protect officers from being bitten or spat on by detainees. Despite groups condemning the vote as frivolous, the force said at the heart of the campaign was to listen to what the people living in the region wanted from us. It admitted it was at very much the beginning of a debate on their use. The force said it values views and feedback  both positive and negative  from its huge social media following, adding: So it seems fitting that we ask for public opinion and a poll provides measurable results which can help to shape decisions. Now it says it wants to try out the massive tool that social media offers on other policing matters. Wed be happy to use it again to gauge public opinion. We will certainly be prepared to have other debates on other issues, the force added. Some 24 forces in England and Wales are using spit hoods and bite guards in various stages of operation, as does Police Scotland. Britains biggest force, the Metropolitan Police Service, is trialing their use. Ken Marsh of the Metropolitan Police Federation told a conference earlier this year that 16 officers needed hospital treatment at the Notting Hill carnival in 2016 because they were spat at. A total of 231 West Midlands Police officers were spat at or bitten in 2016  and the force is rolling out the guards to 4,500 officers. Neighbouring Staffordshire Police believes it is vital to protect the protectors in the first instance. Humberside Police , the 24th to implement them in part or full, has just extended a spit guard pilot to gather more evidence before deciding whether to press ahead with a further roll out. But groups such as Amnesty International, Inquest and Liberty claim they are dehumanising and dangerous because they could restrict the breathing of detainees. Deborah Coles, director of human rights group Inquest, said the Twitter poll was a rather frivolous way of dealing with a serious issue. If theyre serious about their research, then do a proper review involving detainees, she said. Ms Coles said she was against the use of spit guards as they were degrading and potentially harmful and often used alongside other methods of force.? Corey Stoughton, advocacy director at Liberty, said Twitter was not an appropriate platform for a force to consult on something as extreme, dangerous and divisive as spit hoods. She added: These tightly meshed bags have been linked to deaths in custody. We have seen disturbing cases of their use against children and people with mental health problems. We need a real assessment of their risks, analysis of the alternatives and robust national police guidance covering their use. This is an irresponsible move by Durham police.