A judge told a rogue police officer jailed for filming a couple having sex from his force helicopter that his actions had “severely damaged public confidence” in the service. 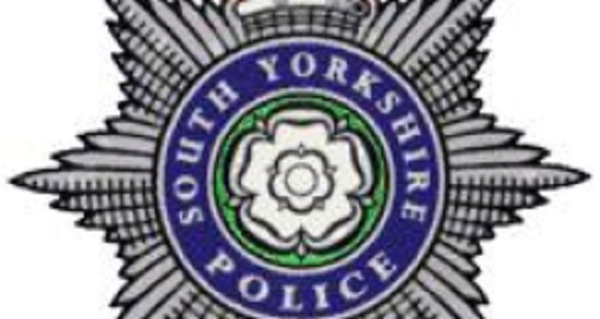 A judge told a rogue police officer jailed for filming a couple having sex from his force helicopter that his actions had “severely damaged public confidence” in the service. Judge Peter Kelson said the behaviour of sacked Police Constable Adrian Pogmore was “offensive and invasive” as he spied on and recorded naked sunbathers from a height of 1,000ft. Sentencing PC Pogmore  dismissed by South Yorkshire Police (SYP) in 2015 after 22 years service  to a 12-month prison term on Tuesday (August 8), Judge Kelson added: “You, quite literally, considered yourself above the law. And nobody is above the law.” Footage shot by PC Pogmore and screened at Sheffield Crown Court included graphic scenes of a couple having sex in a range of positions on their patio. Other footage showed a woman sunbathing naked in her garden, two naturists sitting outside their caravan and a couple lying naked on sun-loungers outside their home. The court heard that PC Pogmore, 51, was “a swinging and sex-obsessed air observer” who was referred to as the “team deviant” by other members of the air support unit at SYP. He admitted four counts of misconduct in public office last month, on the day his trial was due to start. Two other officers  Police Constables Lee Walls, 47, and 43-year-old Matthew Lucas  and two helicopter pilots  Matthew Loosemore, 45, and Malcolm Reeves, 64  were tried and cleared of the same offence after telling a jury that they had no idea what PC Pogmore was doing with the high-powered camera on board the aircraft. Despite being cleared of the criminal charges, PCs Walls and Lucas, and pilot Loosemore, now face the threat of the sack in continuing Professional Standards Department proceedings. Retired pilot Reeves will be dealt by the National Police Air Service. Any future internal misconduct investigations regarding the SYP officers found not guilty at court will be for gross misconduct, a SYP spokesperson confirmed to Police Professional, adding that dismissal is one option available to the independent panel. The judge told the SYP observer that he had used a £2 million helicopter, which costs an estimated £750-an-hour to run, to advance your own sexual curiosities when it should have been detecting crime. Judge Kelson said: “Instead of deterring and detecting crime, you were committing crime.” PC Pogmore`s actions were “offensive and invasive” and the judge called him a “rogue police officer”. He said: “So strong were your sexual urges that you were willing to take, and did take, substantial risks of being detected by your colleagues in the helicopter at the time,” adding: “You spied on and recorded these naked people from a height of 1,000ft. The judge said PC Pogmores actions had “severely damaged public confidence” in the service and referred to a victim personal statement by one of the women filmed without her knowledge. The woman said that since she found out about the filming, it had proved very difficult to deal with the force as she was not sure which officers may have viewed the footage. She said: “If you can`t trust the police, who can you trust?”, adding that the incident had had a big impact on her life and left her paranoid. But the judge said he also took into account PC Pogmore`s long career, which included a number of commendations, including one for saving the life of an 11-year-old boy. Judge Kelson said he understood the huge impact this case had had on the officer`s family after “something in the region of 15 to 20 minutes of misconduct in more than two decades. The judge said he found it an “immensely difficult” sentencing exercise and said: “I`m as acutely aware as anyone else that without the thin blue line this country would fall into anarchy.” But he said it was a “gross abuse of trust” and he had to impose a custodial sentence. The judge said he was also aware the 13th century law of misconduct in public office was “very much under review” and had been criticised by the Lord Chief Justice. Earl