Around 100 officers from across the UK are still working full-time trawling through millions of physical and electronic evidence after a force has been granted permission to arrest the Libya-held brother of Manchester Arena bomber Salman Abedi. 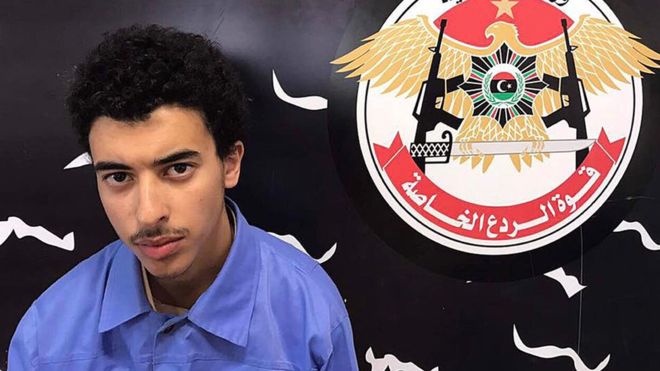 Around 100 officers from across the UK are still working full-time trawling through millions of physical and electronic evidence after a force has been granted permission to arrest the Libya-held brother of Manchester Arena bomber Salman Abedi. Greater Manchester Police said it is “grateful” to the Libyan authorities for considering the formal extradition request for Hashem Abedi as it revealed a raft of new details surrounding its “very fast paced” investigation. Detectives investigating the UK`s worst terrorist atrocity since the 7/7 in 2005 say more than 500 victims were injured in the blast, which killed 22 people, including children, as they left an Ariana Grande concert at Manchester Arena. A total of 112 people needed hospital treatment after the May 22 attack, with 64 suffering “very serious” injuries Specialist officers are continuing work with families of victims and survivors, including 16 who suffered very serious injuries including paralysis, loss of limbs, internal injuries and very serious facial scars requiring complex surgery. Two people remain in hospital more than five months later. Everyone, not least those who have lost their loved ones, will live with the memories of what happened forever, Assistant Chief Constable Russ Jackson said. Officers arrested 23 people in the wake of the atrocity but none have yet been charged, with 30 properties searched and 11,000 exhibits seized and 16 terabytes of data being examined. More than 1,300 statements have been taken, referencing over 5,000 people, and detectives are working through 16,000 hours of CCTV footage and more than eight million lines of phone data. GMP also disclosed that 353 people were in the vicinity of the foyer at the time of the blast  175 of whom were aged between 10 and 18. Both brothers travelled to Libya in April, before Salman returned alone, carrying out the attack. Hashem Abedi is understood to be currently held by a militia group in Libya. The North West Counter Terrorism Unit applied for the warrant at Westminster Magistrates` Court within the last two weeks, GMP said. The arrest warrant relates to the “murder of 22 people, the attempted murder of others who were injured and conspiracy to cause an explosion”. Mr Jackson said no evidence of a wide network had been uncovered following the attack, which was claimed by Isis. I can now say that following a review of the evidence by the Crown Prosecution Service, we have applied for and been granted a warrant for the arrest of Hashem Abedi, he added. Hashem is currently detained in Libya, and the CPS has now requested that Libyan authorities consider his extradition back to the United Kingdom. We are grateful for the Libyan authorities considering this request. Mr Jackson said no further detail of the possible extradition could be given as the very fast-paced investigation continues, involving police officers drawn from across the UK. Hashem Abedi has been a key suspect throughout the investigation, with officers quickly piecing together his brothers movements in the days between his return to the UK and the bombing. Libyan investigators previously suggested Hashem Abedi would go on trial in the country after being arrested in Tripoli, where the UN-backed Government of International Accord is struggling to retain control. Libyan Attorney General Sadiq al-Sour said Hashem was suspected of helping his brother and collecting materials for the device, after leaving Manchester or Libya on the same day as Salman in April. Libyan officials claimed Hashem told them he and his brother started supporting Daesh in 2015, through the internet and some friends in the UK. Their father, Ramadan Abedi, was also arrested in May but denied knowledge of the plot and has since been freed. Another relative, Mohamed Younis Abedi, is in custody in eastern Libya after his credit card was allegedly used to buy bomb components, and Libyan authorities say they have passed on a list of people living in UK who should be questioned.