Sussex Police has defended one of its officers after he was subjected to malicious and personal attacks for his views on feminine care supermarket signs. 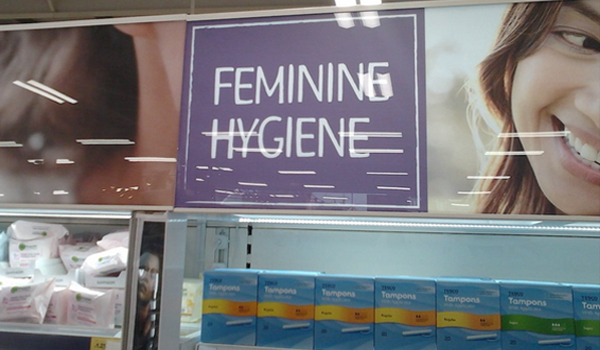 Sussex Police has defended one of its officers after he was subjected to malicious and personal attacks for his views on feminine care supermarket signs. Sergeant Peter Allan was labelled an embarrassment to the service after Tweets he posted about shops labelling of tampons and sanitary towels last year recently surfaced. Sgt Allan, who leads on hate crime for the force and volunteers as a Trans equality advocate, had objected to the use of the phrase feminine care as he said men may also use the products. He told the supermarket the sign should be updated to read personal hygiene to make them gender neutral. The force explained his actions were an attempt to draw attention to difficult issues of gender identity, and criticised the malicious and personal abuse. A spokesperson said: Social media is a very important tool in engaging with all of the communities that we serve and we trust our officers and staff to act in the best interests of the public. Running a social media account is voluntary and we recognise that this was a genuine attempt by Peter to highlight a difficult aspect of his work, which demonstrated how polarising these issues can be. The original Tweets were uploaded last August but sparked criticism when they were covered in the media following recent Pride events. In one post, Sgt Allan wrote: @tesco #FAIL Need to update. Especially with products 4 men on shelf. Personal Hygiene perhaps. He contacted Sainsburys over the same issue, and recently condemned Marks and Spencers gendered toilet door signs as something that should not be happening in 2017. Twitter users ridiculed him as Britains most PC PC and not representative of the Police service across the country. However, others thanked him for showing that policing takes transgender issues seriously and for trying to raise awareness. Sue Marsh wrote: The emerging trans debate is new and raw. But so were all debates at first. Someone has to be first, someone has to lead the way. Theyre rarely thanked for their efforts and often vilified, but personally, I was proud to see Sussex leading the way. Alan Michael said: Regardless of your views, this highlights an officers understanding and awareness of the extremely diverse community Sussex Police serves. Well done to Sgt Allan and those that support him. Sgt Allan has since deleted his Twitter account. Spokespeople for the supermarkets have thanked Sgt Allan for his feedback and claimed they regularly review store signage to ensure they meet customers needs. Sgt Allan said: I appreciate some Trans-related issues are not widely understood in society and attempting to demystify and increase awareness in a social media post is a challenge. If nothing else, the discussion these posts (up to a year old) have created has certainly done that.