Cambridgeshire Constabulary has been accused of bucking its responsibility to protect cyclists after rejecting a scheme to ensure drivers leave them enough room. 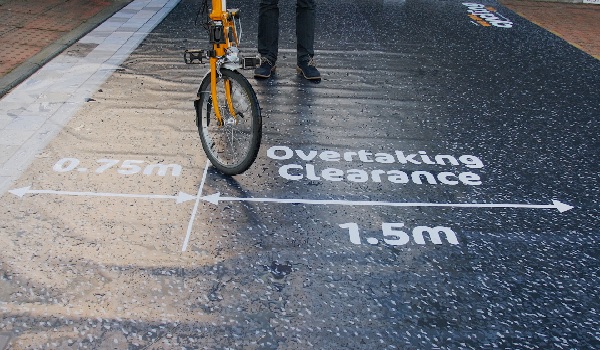 Cambridgeshire Constabulary has been accused of bucking its responsibility to protect cyclists after rejecting a scheme to ensure drivers leave them enough room. The force has decided not to implement the Close Pass programme, which teaches motorists about the safe distance they should leave cyclists when overtaking, because of the narrow roads in Cambridge. Casualty reduction officer Police Constable Jon Morris explained that running the initiative would either force drivers to move into the opposite lane, or require them to move slowly behind cyclists if there was not enough space. The announcement sparked outcry from campaigners who accused the force of putting the convenience of one user above the safety of others. Sam Jones, campaigns coordinator at Cycling UK, told Police Professional: Every force will have slightly different approaches to close pass operations but at the minute, Cambridgeshire seems to be bucking its responsibility. Figures from the Active People Survey show Cambridge is the most popular location for cycling in England. Thirty-nine per cent of adults in Cambridge cycled at least three times a week in 2014/15, compared with a national average of just 4.4 per cent. Meanwhile, around 100 cyclists die on UK roads each year and more than 3,000 are seriously injured. Operation Close Pass was initially developed by West Midlands Police (WMP) in 2016 but has since been adopted by forces around the country. The campaign sees plain-clothes officers patrol on bicycles and radio ahead to police vehicles whenever a driver overtakes dangerously close to them. The motorists are then offered roadside education and repeat offenders may be prosecuted. WMP claims that the number of cyclists killed or seriously injured on its roads has reduced by 20 per cent since launching the scheme, while the national rate rose by ten per cent over the same period. Cycling UK has offered forces free close pass mats to help them teach drivers about the safe amount of room to leave cyclists. It has asked any forces that have not yet responded to its offer to get in touch. To help prevent road deaths, Cambridgeshire Constabulary has launched the Speed Watch programme and offers online lessons on road safety. PC Morris said: For Cambridge city where roads are narrower and often very congested we would be potentially forcing motorists to drive at the speed of cyclists when there isnt the recommended space to overtake. Cyclists are vulnerable road users and its important that we are doing all we can to make the roads safer for everyone but as this time we dont believe Operation Close Pass in its current format is practical in Cambridge. Police and crime commissioner Jason Ablewhite said: As PCC, my job is to protect all road users, whether car users, cyclists or pedestrians. That is why I support a multitude of different safety initiatives. There are 6,000 roads and streets in Cambridgeshire and the police cannot be (and never have been) on every single road. With ever-reducing budgets impacting on police resourcing as well as on other bodies, it is more important than ever that we work together to find new solutions to keeping all our road users safe.