A disruption tactic that has led to over 500 arrests has become business as usual as it reached its four-year anniversary. 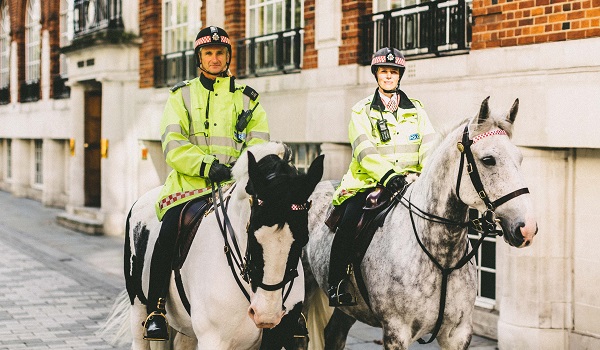 A disruption tactic that has led to over 500 arrests has become business as usual as it reached its four-year anniversary. Project Servator has been used to stop crime and reassure the public in the City of London since February 2014. The operation  which sees plain-clothes officers work alongside unpredictable uniformed deployments  has helped City of London Police carry out 938 searches and 547 arrests. It is now being used across UK policing and City of London Police is helping to mentor other forces  including Police Scotland, North Yorkshire Police and the Royal Gibraltar Police. Project Servator was first pioneered in response to growing concerns over crime and international terrorism in London. The tactic involves officers blending in with crowds at iconic sites across the City to spot potential suspicious activity. They are supported by highly visible resources such as dog units and mounted officers, who engage with the public and act as a deterrent. These officers are deployed unpredictably to maximise their impact, making the Square Mile an uninviting environment for criminals and terrorists. Superintendent Helen Isaac, who oversees Project Servator for the force, said: It is a great honour for the City of London Police to see something they helped develop being successful in reducing crime. These police operations are very much business as usual for our officers now and for the community we serve. It is great to see such a high level of engagement occurring between our officers and the general public and local businesses. We hope to continue working with them, and also our police colleagues, to make the UK a hostile place for criminals and terrorists.