A first-ever dedicated police liaison officer to support sex workers has been appointed in Merseyside as part of a new project to ensure they are able to work free from violence, abuse and exploitation. 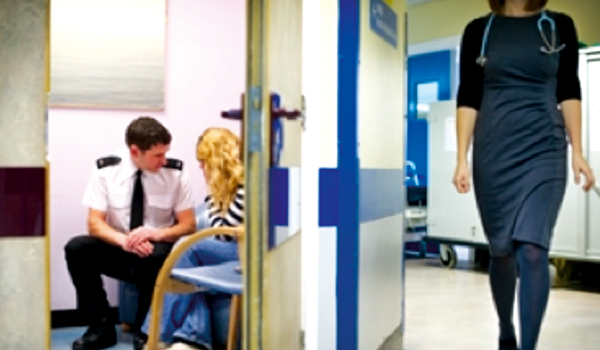 A first-ever dedicated police liaison officer to support sex workers has been appointed in Merseyside as part of a new project to ensure they are able to work free from violence, abuse and exploitation. The Red Umbrella project has been set up by Merseyside Police and will put in place victim-focused processes to better support sex workers who are already victims and those who are at risk, both on the streets and online. The force says it is the first time a dedicated police sex worker liaison officer has been appointed. Red Umbrella, which will run until March 2020, has received funding of £650,000 from the Home Office. The project aims to protect street sex workers from sexual violence, exploitation and trafficking. It is part of the wider £15 million violence against women and girls service transformation fund available to police and crime commissioners (PCCs). Red Umbrella will be working in partnership with South Wales Police, which has also received funding, and Changing Lives, a charity responsible for advocacy work in Merseyside. Merseyside Police says the funding will enable it to increase and improve the support it can offer to street sex workers in light of a recent increase of migrant sex workers and a shift that has seen more people take up the work online. Figures suggest Merseyside has the largest number of street-based sex workers outside of London. The project will also improve the gathering of intelligence on those who inflict violence on mainly women, but also transgender workers and men, while encouraging more victims to report the offences committed against them to help bring more offenders to justice and prevent further offences from taking place. Assistant Chief Constable Serena Kennedy said: Sex work is an issue that can be challenging for some communities, however, as a police service it is our duty to seek to protect everybody, especially those who are the most vulnerable within our communities, and this extends to all citizens, including sex workers. Merseyside Police force will not tolerate violence against sex workers and we will make every effort to ensure that offenders are tracked down and face the full force of the law and that victims receive the justice they so rightly deserve. As a force we have already taken a progressive stance, which has influenced national policy. We treat attacks on sex workers as hate crimes because they are a vulnerable targeted group. Since 2006, Merseyside Police has deemed crimes against sex workers as a hate crime following the 2006 Suffolk murders of five women who worked as prostitutes and the recognition that some people target sex workers specifically. This project will cover on-street, off-street and online sex workers, which the forces says is much broader in terms of what many perceive sex work to be. Merseysides PCC Jane Kennedy said many of the women are extremely vulnerable and enter this work because of difficult life circumstances. This project will better support these women to ensure they get the help they need, ideally so they can get off the streets but, for those who remain, to ensure they are better protected and are able to work free from violence, abuse and exploitation, she explained. Merseyside Police has led the way for many years in prosecuting and securing convictions against those who commit crimes against sex workers, in a large part by being the first force in the country to recognise these offences as hate crime. Ms Kennedy said an independent sexual violence advocate for sex workers will also be in place this month. Not only will the project be working with partner Changing Lives, a charity that provides specialist support services for 21,000 vulnerable people and their families every year, but also existing services in Merseyside, such as the Armistead street project, which offers a range of interventions for street sex workers. Changing Lives is the only national organisation reaching out to women with experience of sex work, survival sex and/or sexu