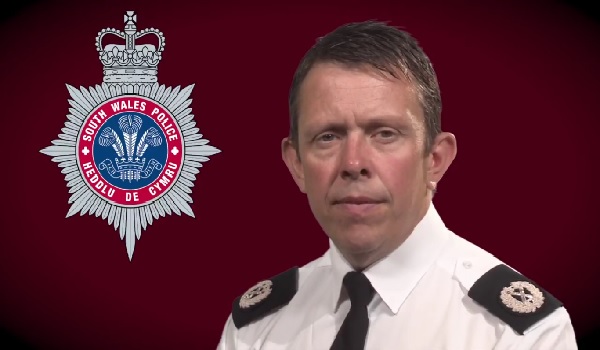 South Wales Police missed a number of opportunities to bring paedophile Ian Watkins to justice almost four years earlier, the Independent Police Complaints Commission (IPCC) has found. Between 2008 and 2012, the force failed to adequately action eight reports and three intelligence logs from six individuals concerning the depraved activity of the former lead singer of the Lostprophets. The IPCC said the investigation raised the most disturbing concerns about the way in which reports of Watkins abuse were handled, which it said were subject to conscious or unconscious bias. South Wales Police officers were found to have made errors and omissions and in some instances failed to carry out even rudimentary investigation into reports of Watkins wrongdoing made by his ex-girlfriend Joanne Mjadzelics  a former special constable  and other witnesses. Although the investigation found no evidence to show police inaction was due to Watkins being a celebrity, it did find that the assessment of Ms Mjadzelics as lacking credibility resulted in the force not adequately progressing reports. Officers failed to examine her mobile phone in 2009, which would have showed a message from Watkins explicitly revealing his wish to have sex with children, and provided corroboration to other reports. Ms Mjadzelics was cleared of possessing indecent images of children in Janaury 2015 after telling Cardiff Crown Court she was trying to entrap her former partner. IPCC Commissioner for Wales, Jan Williams, said: This investigation raised the most disturbing concerns about the way in which reports of Ian Watkins sickening child abuse were handled between 2008 and 2012. Watkins arrest for his depraved activities followed only after an arrest for drugs offences, an added cause for serious concern. In my view, all the reports made were subject to a biased response, whether this was conscious or unconscious. Some were conflated with reports made by Ms Mjadzelics and were thus dismissed as lacking credibility. All those involved in responding accepted the initial sceptical view of Ms Mjadzelics reports, demonstrating a lack of open-mindedness and professional curiosity. This continued until the right type of complainant came along. Police officers will rarely encounter a perfect witness; it is vital that officers ensure they remain open-minded and pursue all appropriate lines of enquiry to establish whether there is any independent corroboration for the allegations being made. This case demonstrates the risks inherent in failing to explore investigative opportunities to the fullest in such circumstances. Watkins was sentenced to 35 years in prison in 2013 after pleading guilty to a string of sex offences including the attempted rape of a baby. Two women were also imprisoned after an investigation revealed they had donated their children for him to sexually abuse. His offending came to light after officers examined his computers and other media which were seized during the execution of a drugs warrant in September 2012. The IPCC also found weaknesses in South Wales Polices procedures relating to allegations of child abuse, including poor record keeping and retention, poor management of intelligence and a lack of rigour in progressing investigations. After the conclusion of the investigation in May 2016, South Wales Police agreed that one officer had a case to answer for gross misconduct and two had a case to answer for misconduct. Following a hearing earlier this year, it was decided it would be inappropriate to make any findings against a detective sergeant, and the force decided not to take any further action concerning two detective constables. South Wales Police has accepted the findings of the IPCCs investigation and produced an Organisational Learning Report to address all the systematic weaknesses identified. Assistant Chief Constable Jeremy Vaughan said South Wales Police regrets the failings, adding that the force is truly sorry. The review instigated as