Force first of a kind cutting out cannabinoid cancer

As Londons world-famous heartbeat undergoes restorative surgery to ensure a clean bill of health for future generations to enjoy, the Metropolitan Police Service (MPS) has introduced its own silencing tactics to the balance of justice. 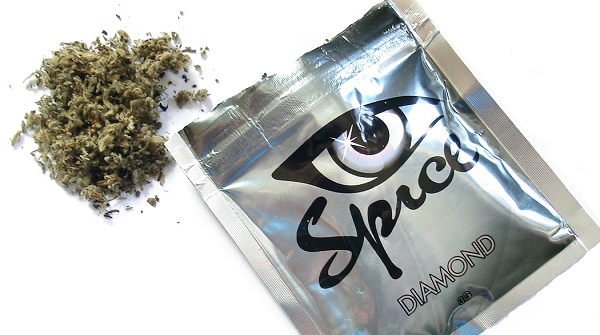 As Londons world-famous heartbeat undergoes restorative surgery to ensure a clean bill of health for future generations to enjoy, the Metropolitan Police Service (MPS) has introduced its own silencing tactics to the balance of justice. Across Big Bens borough of Westminster, specialist officers and the Local Neighbourhood Team have adopted a UK first of a kind initiative to cut out the supply of a synthetic cannabinoid cancer prevalent within the homeless community and responsible for three deaths, including one murder, since January. MPS Borough Commander Peter Ayling wants to put a stop to Spice dealers preying on the less fortunate. And last week at Southwark Crown Court the combined effects of two 2017 force operations provided the perfect pick-me-up for the multi-layered change of approach that is also being credited with producing a big drop in prosecutions under the Vagrancy Act. Seven men and a woman involved in Spice dealing were sentenced to more than seven and a half years jail, in addition to 35 years of Community Behaviour Orders (CBOs). The offenders were brought to justice courtesy of Operation Spatha, set up in March, and directly aimed at hitting the supply of the Class B drug. Spatha has been running alongside Westminster`s ongoing Kaskara  a multi-agency operation aimed at tackling the devastating impact of Spice on the streets of the borough. The significant conviction was achieved as part of innovative law enforcement combined with anti-social behaviour laws and part support services, said Chief Superintendent Ayling. The twin operations  utilising the Anti-Social Behaviour, Crime and Policing Act 2014 and the no entry restriction of CBOs  is keeping known dealers away from Westminster. The sentences handed down, said Chief Supt Ayling, reflects the seriousness of the offence and the commitment of officers in Westminster to protect the community. He added: Spice is a vile substance that robs the user of all awareness and dignity and is highly addictive. The tactic utilised was the first of its kind to be used nationally and we remain committed to protecting the vulnerable from this drug and those that would place the users and wider community in harms way. Meanwhile, Derbyshire Constabulary is adopting a moveable approach to tackling the concerns of anti-social behaviour linked to the influence of synthetic cannabinoids. The force opened a temporary mobile police station on Monday (August 14) in Derby to provide reassurance to residents, businesses and visitors to the city. Pro-active operations targeting users and dealers of Spice and Black Mamba have resulted in numerous arrests and convictions at court, says Derby City Centre Safer Neighbourhood Team lead Sergeant Jamie Millard. The mobile option  which will see the office operational at various times during the week  is playing a part in Derbyshire police and crime commissioner Hardyal Dhindsas Derby City Forum initiative to find long-term solutions that address the dependencies that drive this type of behaviour.