A force did not complete some lines of enquiry before releasing a man without charge who went on to murder a woman, an independent inquiry has found. 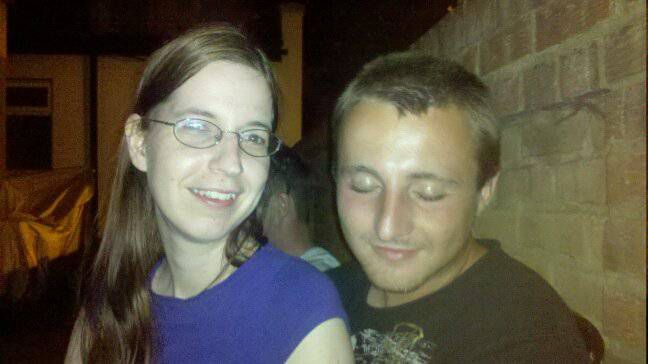 A force did not complete some lines of enquiry before releasing a man without charge who went on to murder a woman, an independent inquiry has found. Miklos Verebes was jailed for life in March for the murder of his ex-partrner, Melinda Korosi, in September 2016. The Independent Police Complaints Commission (IPCC) investigation looked at the contact between Ms Korosi and Cumbria Constabulary, including any measures to safeguard her welfare, and the actions taken following reports that she had been raped. It decided there was evidence of a case to answer for misconduct for a detective constable and a detective sergeant in failing to consider all actions and potential lines of enquiry prior to the decision being made to release Verebes  after he was arrested on suspicion of raping Ms Korosi. Verebes was released from prison, following a battery conviction of which Ms Korosi was the victim, on September 13 last year. He was arrested the same day but denied the allegations, and was released without charge the same day. He murdered Melinda 48 hours later. The IPCC felt that the force should have sought early advice about the investigation from the Crown Prosecution Service (CPS) as it was an allegation of a serious sexual offence  which also went against ACPO guidance. The investigator also questioned why medical and social services records about Melinda were not obtained before Verebes was released in lines of enquiry later recommended by the CPS. Cumbria Constabulary agreed with the findings, and the IPCC approved the forces decision to discipline both officers via management action last month. IPCC operations manager Catherine Bates said: Our findings show Miklos Verebes was released before all lines of enquiry were completed. “Safeguarding measures were in place, but more could and should have been done to ensure the decision to release Verebes was supported by all the available advice and evidence. We cannot say that, had these enquiries been progressed, Verebes wouldnt have been released or the murder of Melinda Korosi could have been prevented. “However, our investigation highlights the importance of pursuing every possible avenue when it comes to such serious criminal allegations, for the protection of those most at risk in our society. In response to the report, Detective Chief Superintendent Andrew Slattery said: We acknowledge the findings of the IPCCs investigation into the contact between the constabulary and Melinda Korosi prior to her death. “As soon as we were made aware of Ms Korosis death we made an immediate referral to the IPCC and have fully cooperated with their investigation. “It is clear that the constabulary had contact with her prior to her death and it is right that our conduct is thoroughly examined. We accept that some potential lines of enquiry were not conducted before Miklos Verebes was released, following his arrest on suspicion of rape, and this amounts to misconduct for two serving officers. “Although the officers involved took measures to protect Ms Korosi, we recognise that some investigative actions were not followed up. The sanction, which was agreed with the IPCC, was management action for both officers. This action, which is ongoing, consists of a formal recording of misconduct and a robust personal development plan. This is being managed by senior officers. The IPCC recognised that safeguarding measures were put in place by the investigating officers. Safeguarding is a priority for the constabulary and we will continue to review our processes in what is a complex, high-risk area of business to ensure we can effectively protect vulnerable people.