The doubling of investigations against Police Scotland since its formation has put “sustained increased demand” on the resources of its overview body. 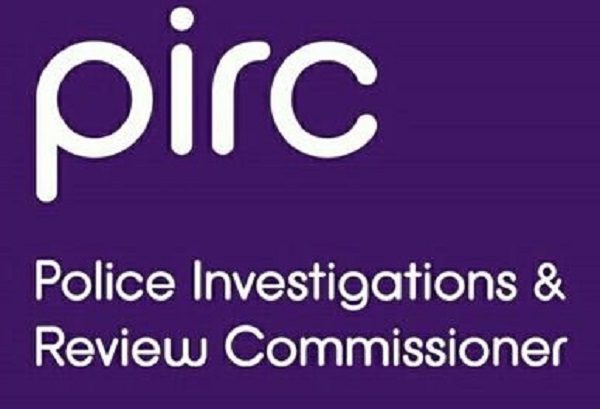 The doubling of investigations against Police Scotland since its formation has put “sustained increased demand” on the resources of its overview body. The force is facing a record 28 live investigations by the Police Investigations and Review Commissioner (PIRC) while also hit by constant criticism from politicians opposed to the single national force over what they call a “series of blunders”. The PIRC has admitted continuously reviewing its situation following the rise in workload to ensure that priorities are met. Twenty of the current investigations being carried out have been referred by the Crown Office and Procurator Fiscal Service (COPFS), which are mainly allegations of a criminal nature or deaths in custody and known for being lengthy and complicated. COPFS-referred investigations are by their very nature resource intensive due to their complexity and seriousness and as a result can be protracted, said a PIRC spokesperson. Since the PIRC took over from the Police Complaints Commissioner for Scotland in April 2013, the number of the work-intensive investigations referred by the COPFS has almost doubled from 17 in 2013/14 to 32 in 2016/17. The latest investigation launched by the PIRC began last Wednesday (August 16) after an armed officer allegedly pointed a gun at a householder during a search in Falkirk. The incident took place during two police searches at properties in the town. Officers had been called to the location following reports of threats being made to a woman. Now the Scottish Conservatives have warned the force could lose the respect of the public if progress is not made in raising standards. Shadow Justice Secretary Liam Kerr said: The single force was established by the SNP on the basis it would be a more efficient and accountable way to run policing in Scotland. But the reality has been pretty much the opposite, and ministers must explain why. A series of blunders has prompted a significant number of formal investigations, and senior figures have been embroiled in bullying allegations. We need to see some very serious improvements soon, or the public will lose what little faith it has in the Scottish Governments ability to run a police service.” Details of the level of live investigations emerged as calls were made last week for urgent changes to Police Scotland`s call-handling procedures after the PIRC discovered officers responding to concerns about the safety of a vulnerable woman who was later found dead were initially sent to the wrong house. There have been cross-party calls for change as PIRC Commissioner Kate Frame identified a series of failings and called for a shake-up in procedures. A PIRC spokesperson told Police Professional that the complexity of the investigations referred by COPFS and rise in the number of cases had inevitable increased the demands on our resources. Its statement added: Notwithstanding that, the progress of investigations is continuously reviewed in order to ensure that priorities are met. The PIRC continues to keep the Scottish Government informed of the sustained increased demand on the PIRC. Arguably the most high-profile past failure which is still to be resolved and for which Police Scotland has already been publicly criticised involved the deaths of John Yuill and Lamara Bell, who lay undiscovered for three days after a crash on the M9 near Stirling two years ago. This was despite a sighting of their wrecked car being reported to the control room. Ms Bell was found alive but died four days later in hospital. A supplementary report following what was described by PIRC as an exhaustive inquiry was submitted in June last year to the COPFS. While Lord Advocate James Wolffe QC, agreed two months later that it would be inconceivable for there not to be a fatal accident inquiry, no decision has yet been made. While the Lord Advocate could use health and safety legislation to order the prosecution of Police Scotland over its alleged call-handling failures, no ann