A force has gone public in its attempts to reassure staff of its desire to provide a safe environment amid the growing clamour of accusations of bullying and harassment in the workplace. 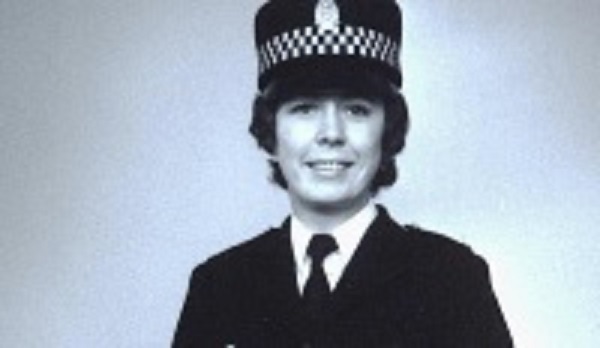 A force has gone public in its attempts to reassure staff of its desire to provide a safe environment amid the growing clamour of accusations of bullying and harassment in the workplace. Dyfed-Powys Police has penned an open letter  published in the local press  saying it wants to encourage evidential outing of wrongdoing within the service as inappropriate behaviour has a significant impact on victims. As allegations continue to rock the global entertainments industry, Temporary Assistant Chief Constable Claire Parmenter warns that many workers are too afraid to share their experiences for fear that this might compromise their careers. Through its very public message, the forces chief officer group says it holds staff at the heart of the service where everyone has the equal right to respect and dignity. Its letter states: While much work has already been undertaken to tackle and eliminate harassment, bullying and discrimination, work in this area is never done. Therefore, ensuring a fair, safe and equitable working environment for our staff in Dyfed-Powys Police remains an absolute priority. Ms Parmenter added: I have pledged my support to on-going work aimed at reminding all officers and staff of the existing support and mechanisms available by which Dyfed-Powys Police encourages the reporting of wrong-doing. The forces intentions to review policy, procedure and practice, and be both supportive of victims and alleged perpetrators, comes as a television documentary details a warts-and-all review of the prevalence of sexism in policing more than 40 years ago. The three part-series, The Force: the Story of Scotland`s Police, which started on BBC One on Monday (November 27), charts the careers and experiences of several former officers, including retired Detective Chief Inspector Nanette Pollock; John Carnochan, co-founder of the Scottish Violence Reduction Unit; author Karen Campbell; and her parents Carina and Eric Webb. Mondays episode featured ex-Det Chief Insp Pollock, now 72, who joined the City of Glasgow Police in 1972, three years before the Sex Discrimination Act came into being  and found herself in a testosterone-filled environment. She recalls the day she had her nether regions branded as part of a bizarre initiation rite carried out on female officers. When you arrived in CID, they would put you over a desk, lift up your skirt and use the office stamp on your buttocks, she explained. Looking back, you cant believe that sort of thing went on, but it was all done in a jovial way and in those days you just accepted it. Other officers would ask: Have you had your bum stamped yet? Once youd been through it, you felt you were part of the team. The peg for the series, made by STV Productions, was the 400th anniversary of a 1617 Act of the Parliament of Scotland which created the countrys first ever constables  two per parish  to aid Justices of the Peace. It also acknowledges the fact Scotland pioneered formal policing; the Glasgow Police Act led to the establishment of Britain`s first proper force in 1800 when Robert Peel was just 12 years old. While the programme was in development, however, events conspired to make it even more timely. Police Scotland, whose chief constable Phil Gormley is at the centre of bullying allegations, has put the service under intense scrutiny; with criticism swirling around the organisation. At the same time, the Harvey Weinstein allegations have prompted an examination of the collective conscience when it comes to the treatment of women in the workplace. By tapping into the memories of older officers, The Force gives a powerful insight into the macho culture that was endemic in the service in the 1970s. It charts the role of the female constable, from Glasgow`s first paid female officer, appointed in 1915, Emily Miller, to the disappearance of the policewomens department with the introduction of equality legislation in 1975, but the discri