A 60 per cent fall in police presence at football matches and clubs reluctance to highlight disorder are behind yet another drop in football-related arrests, according to the national lead. 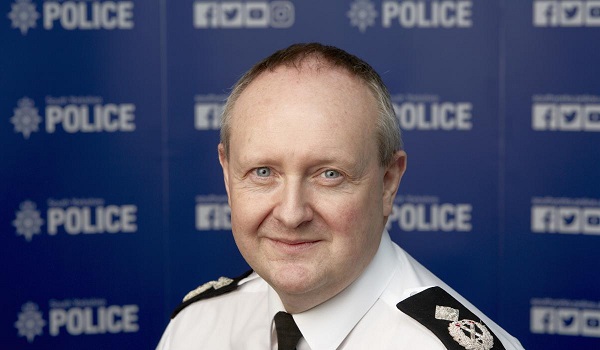 A 60 per cent fall in police presence at football matches and clubs reluctance to highlight disorder are behind yet another drop in football-related arrests, according to the national lead. New Home Office figures show 14 per cent fewer arrests were made in the 2016/17 season as numbers dropped by 257 to 1,638  one for every 25,000 match-goers. However, Deputy Chief Constable Mark Roberts believes this decline should not be seen as a sole barometer that behaviour at football has improved. The number of fixtures with a reported incident rose by 36 per cent last year and reports of disorder within a stadium are up 45 per cent. The true figures are likely to be even higher because the majority of matches no longer have a police presence and many clubs are reluctant to share information of disorder out of fear of incurring additional costs. Mr Roberts told Police Professional at least 60 per cent of football games are now entirely police-free. Police are not there typically so we dont tend to get the reports at the time to go and deal with things, and as more and more football clubs aggressively see reducing police bills not as a potential risk to public safety but as an opportunity to reduce their costs, there is a pressure not to have police in a stadium, he said. Its bad timing in that clearly forces are having to consider where they deploy resources so there is no great appetite to put police in grounds unless we absolutely have to. He added: If football clubs, not all but some, push to exclude police from football because its seen as a cost, then there is the potential that disorder will be allowed to grow because there isnt a police presence there. Almost a third of football-related arrests in 2016/17 were for public disorder, 21 per cent were for violent disorder and 16 per cent were for alcohol offences. More Birmingham City fans were arrested than supporters of any other club, continuing a trend from last year, as 72 arrests were made. These were followed by West Ham United at 67 and Leeds United at 61. The government data also highlighted another drop in the number of football banning orders in place, which fell seven per cent to 1,929. Banning order numbers have dropped steadily over the last six seasons, reducing by 39 per cent since November 2011. A total of 517 new orders were issued between August 2016 and July, down five per cent on the prior season. Mr Roberts said a lack of capacity has led to some offences that would previously have been punished with banning orders no longer being enforced  including assaults on police. Although the number of assaults on officers has reduced by 20 per cent  likely due to the reduced police presence  assaults on stadium staff have risen by 38 per cent. Despite the push by some clubs to keep officers out of stadiums, football only pays an average of 33 per cent of the costs of policing matches, with forces required to cover the remaining expenses. The police service is only allowed to charge for policing services conducted on land owned or leased by football clubs but many deployments on match days will be outside these areas. At some matches, the amount recovered by policing can be as little as nine per cent. In effect, policing is providing a 66 per cent subsidy to football to deploy our assets to their grounds to allow them to take their business on, said Mr Roberts.