Police officers in Scotland will receive a five per cent increase in their pay and allowances after agreement was reached on Monday (August 15). 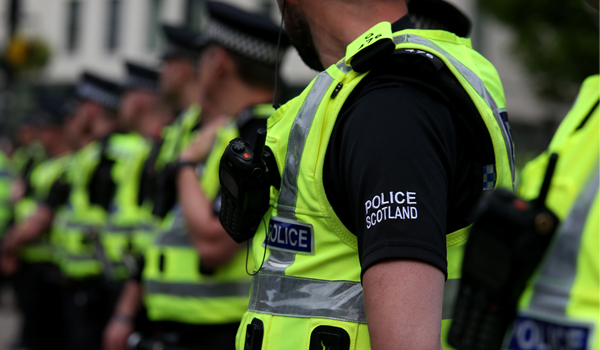 It comes just weeks after the Scottish Police Federation (SPF) rejected a “derisory” offer of a £564 increase, with officers withdrawing their “goodwill” amid the ongoing pay dispute.

The improved pay offer will be backdated to April 1, 2022.

In addition to the five per cent pay increase across all pay points, the agreement includes a number of enhancements to police officer terms and conditions.

In a letter to officers, general secretary Calum Steele said the latest offer was a “substantial improvement” on the initial offer. He said he will also be writing to the chief constable to advise him that the “withdrawal of goodwill has now formally been ended”.

The Scottish Police Negotiating Board (PNB) said the agreement was “cognisant of the current cost of living crisis and recognises the valuable contribution that police officers continue to make in keeping people and communities across Scotland safe”.

The SPF said the “steadfast commitment” of members to take unprecedented action in response to the initial offer, which worked out at 1.4 per cent, has been “instrumental in getting us to this position today”.

It added: “Were it not for that commitment, we would never have secured the substantial improvement we now have

“This has been a long and painful process for our members. Whilst we genuinely believe police officers deserve even more, we believe this agreement is the best that could have been reached in all of the prevailing circumstances.”

“This year’s negotiations have been exceptionally challenging and have taken place against the worst cost of living crisis in 50 years. We recognise this agreement will not fully overcome these challenges but hope it goes some way to mitigating them.”

Martyn Evans, chair of the Scottish Police Authority (SPA), said: “I welcome this agreement following constructive dialogue with the staff. This agreement recognises the essential and valuable role our police officers play ensuring the safety and wellbeing of Scotland’s communities.”

Police Scotland Chief Constable Sir Iain Livingstone said: “Officers work tirelessly every day to keep people safe across the country and it is right that their commitment to public service is recognised and rewarded.

“I am pleased the PNB has reached agreement on this, particularly at a time when officers are concerned about the cost of living crisis and its impact on them and their families.”

Ash Regan, Community Safety Minister, added: “Our police officers perform an essential role in keeping our communities safe and I am delighted that the PNB has reached agreement on police officer pay for this year.

“I want to thank all those involved for the commitment shown in achieving a deal which reflects the dedication police officers show each and every day.”

The agreement was reached following extensive dialogue and negotiation through the PNB.

Negotiations with the trade unions on a pay deal for police staff are ongoing.