Amanda Blakeman has been confirmed as the first female chief constable of North Wales Police following a meeting of the region’s police and crime panel this week. 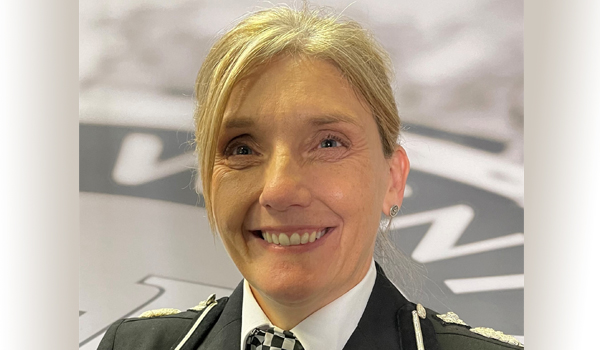 Police and crime commissioner (PCC) Andy Dunbobbin said he was “pleased” that the panel had confirmed the appointment following his recommendation.

Ms Blakeman joins from Gwent Police, where she was deputy chief constable.

She said: “I am delighted to have been approved as the new chief constable of North Wales by the police and crime panel and to be the first female chief in the history of the force.

“I am grateful to the PCC and all those involved in the recruitment and appointment process for the faith they have shown in me.

“I look forward to getting out and about and meeting the officers and staff of North Wales Police and to engaging with local communities.”

Ms Blakeman added: “I am going to be sharing my strategy and plans for the force more widely after I start that will lay out my vision for further tackling crime and protecting the people of North Wales.

“The hard work starts now, but it is a challenge I look forward to meeting.”

Mr Dunbobbin said: “Amanda will be responsible for working with me to deliver my police and crime plan, with a focus on increasing visibility and improving performance.”

The North Wales PCC added: “Appointing a chief constable is one of the most important decisions I will make while in office and I am grateful for the support of my office in bringing the recruitment process to a successful conclusion.

“I look forward to working with the new chief constable in a constructive and positive manner to make sure North Wales remains a safe and secure place for the nearly 700,000 of us who are lucky enough to call the area home.”

Ms Blakeman joined West Mercia Police in 1992 and throughout her career has held various posts. She spent the first 11 years of her service gaining an invaluable amount of experience and knowledge across a variety of roles as a police constable.

In 2003 she was promoted to sergeant and, since then, across a number of ranks, has led teams in delivering critical services to communities.

She has held the responsibility for intelligence and proactive functions and has been a senior investigating officer as part of the force Serious and Organised Crime Unit.

In 2008, seconded to the West Midlands Regional Intelligence Unit, she led the development of the critical processes around identifying and disrupting organised crime groups. In addition, she has led the delivery of policing operations on a local level as a local policing area commander.

She has also held the roles of head of public protection and head of operational support for West Mercia Police and Warwickshire Police. She has been a tactical firearms commander and a specialist strategic firearms commander.

Ms Blakeman has a Bachelor’s degree in science with honours in crime and criminology.

She will take up her post as chief constable on October 31.