A 47-year-old man has appeared in court accused of terrorism-related murder and attempted murder over the Finsbury Park van attack. 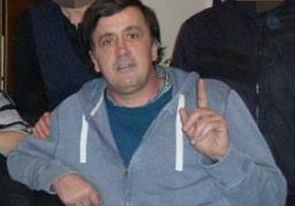 A 47-year-old man has appeared in court accused of terrorism-related murder and attempted murder over the Finsbury Park van attack. Darren Osborne appeared at the Old Bailey in London on Tuesday (June 27) via a video link from the high-security HMP Belmarsh, where he is being held on remand. One man died and nine people were taken to hospital after a rented van mounted a pavement and crashed into a group near the London mosque in the early hours of June 19. The area was busy with worshippers attending Ramadan late-night prayers at the time. Unemployed Mr Osborne, from Cardiff, was arrested by the Metropolitan Police Service (MPS) shortly after the incident outside Muslim Welfare House on Seven Sisters Road. The unemployed father-of-four is charged with killing Makram Ali, 51, from Haringey, and the attempted murder of several others at the scene. There was no application for bail and Mr Osborne was remanded in custody by Judge Nicholas Hilliard QC. He will next appear at the same court on July 20 for another preliminary hearing before Mr Justice Holroyd, who runs the terrorism case management list. Witnesses near the Finsbury Park attack say Mr Ali seemed to suffer a medical episode just before the attack. Mr Ali came to Britain from Bangladesh when he was just ten years old. In a touching tribute, his family described him as “a quiet, gentle man” who took comfort from “spending time with his wife, children and grandchildren”.