A suspected terrorist accused of carrying out the Finsbury Park attack has denied murder in court. 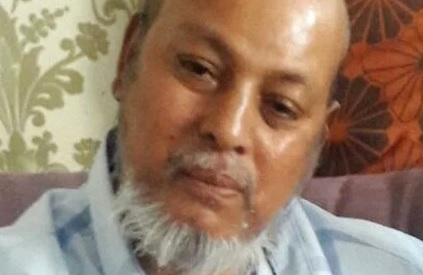 A suspected terrorist accused of carrying out the Finsbury Park attack has denied murder in court. Darren Osborne, 48, allegedly crushed grandfather Akram Ali, 51, under the wheels of his rented Citroen van during an attack near Finsbury Park Mosque in north London. Nine other men were injured before Mr Osborne reportedly jumped out of the vehicle and shouted: Im going to kill all Muslims  I did my bit. The group were outside a cafe not far from Muslim Welfare House on Seven Sisters Road just after midnight on June 19 having left the Sunday night prayers. They had gathered round Mr Ali to administer first aid when he suffered a suspected heart attack shortly before the attack. Mr Ali died at the scene at 1.04am from multiple injuries, while nine others were taken to hospital  two in a critical condition. A group of Muslims held Osborne at the scene until Metropolitan Police Service officers arrived and arrested him at 12.20am. Mr Osborne appeared at the Old Bailey on Thursday (December 21) via video link from HMP Belmarsh and pleaded not guilty to the murder of Mr Ali and the attempted murder of others injured during the attack. Mrs Justice Bobbie Cheema-Grubb is set to preside over Osbornes trial at Woolwich Crown Court. Mr Osborne has been remanded in custody and will next appear on January 22 for his trial.