The traumatic job of identifying tens, if not hundreds, of burnt bodies in last weeks North Kensington disaster is well under way, but past experiences show how difficult and painstaking that investigation needs to be and why some may never be resolved. 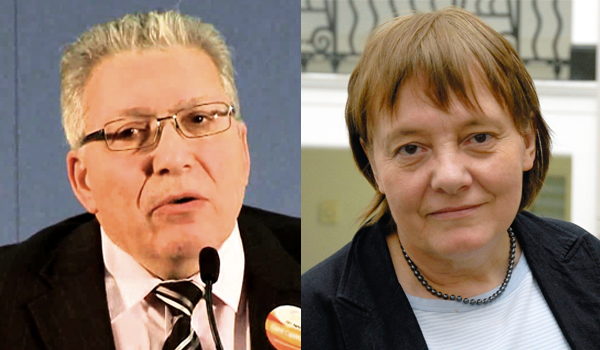 The devastating fire that struck a tower block in London was so powerful that the Metropolitan Police Service (MPS) believes it has most probably destroyed much of the evidence needed to identify the victims. As firefighters continue to search the charred ruins of the Grenfell Tower public housing complex with sniffer dogs and drones, MPS Commander Stuart Cundy admitted last week there was a risk that they may not be able to identify everybody, adding: The process will be very long. Were talking weeks; were talking months. The intensity of the blaze  similar to a cremation  has been compared to the 2001 terror attacks on the World Trade Center in New York, in which 40 per cent of the victims were never identified. In most disasters, police usually use dental records, fingerprints or DNA to identify the victims, but fires invariably make the latter two all but impossible. When you have a fire that takes hold like that, that is literally an inferno. You get a lot of fragmentation of bodies, charring of bones and sometimes all thats left is ash, said Peter Vanezis, a professor of forensic medical sciences at Queen Mary University in London. The longer a fire burns, the less chance you have that there will be enough DNA left to test. However, if people were protected by any surrounding furniture or debris at the time they perished, it is possible there might be some viable DNA, he explained. According to Professor Vanezis, whose experience includes the 1987 fire at Kings Cross Underground station, the best chance of identifying victims is if fragments of teeth or bone  which are usually the last parts of the body to be destroyed  can be found. While sophisticated techniques can be used to amplify the DNA, they can identify only a persons family, not the individual. Dental X-rays are considered one of the best ways to positively identify a body. Many dental features, such as tooth root curvature, tooth position, impacted teeth, extra teeth, and tooth crown anomalies, are unique to a person and frequently survive intact while other parts of the body do not. This technique for identification is particularly useful when police already have some idea of the identity of the victim. Dental X-rays can be compared to post mortem X-rays to confirm the identity of a body. Dentures were the downfall of John George Haigh, the so-called acid bath murderer. When police combed through the human remains that had not fully dissolved, they recovered a complete set of upper and lower dentures. Although the acid had almost completely dissolved most of the bone, it had not damaged the false teeth. Because the victims dentist had retained a cast of the custom- made dentures, she was able to definitively say that they belonged to Olive Durand-Deacon. In some instances, dentures are even imprinted with the name or initials of the wearer, making it easier to identify the victim in the case of an accident or murder. In a modern-day investigation, medical examiners would typically start with a persons family, asking relatives if they know the persons dentist. If a dentist cannot be traced, other sources of dental X-rays can be checked. These might include the military, if a person was in the Armed Forces, or even prison, where an inmate might have been treated for a dental condition. If dental records cannot be found, authorities can also check with hospitals for any other X-rays that might have been taken. Medical devices such as a pacemaker or artificial implants could be used to confirm identify through the registration details. Surgical implants are often constructed of durable material, such as titanium, that can survive fire. Additionally, surgical devices are usually deep inside the body, providing some protection from fire or chemicals. It is also common for medical devices to be imprinted with serial numbers that can be directly linked to a patient. Surgical implants were the key to identifying some of the victims of the 2009 Black Saturday bushfires that swept through