The chance people will learn of their partners history of violence differs wildly across the country due to variations in how forces are applying a law set up in a murder victims memory. 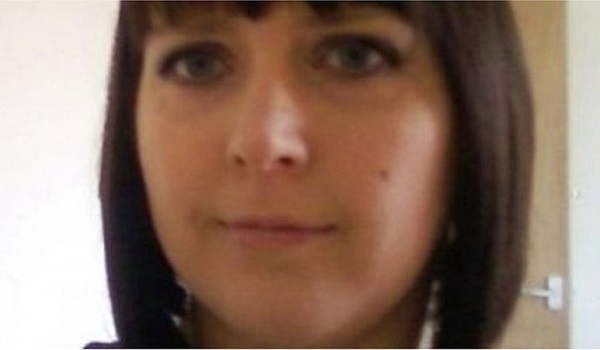 The chance people will learn of their partners history of violence differs wildly across the country due to variations in how forces are applying a law set up in a murder victims memory. Some forces are disclosing information to less than ten per cent of people applying for information under Clares Law, designed to let people know if their partner has a history of domestic abuse, new figures have revealed. Meanwhile, other forces respond to more than three quarters of applications  and the proactive disclosure rate varies from nearly 100 per cent to less than one in 20. The Domestic Violence Disclosure Scheme, or Clares Law, was introduced in 2014 after Clare Wood was murdered by partner George Appleton, who was known to Greater Manchester Police and had a history of violence against women. The legislation allows members of the public to apply for information on their partners history, known as right to ask, and allows forces to disclose information to people they deem at risk, known as right to know. The figures, obtained by the Bureau of Investigative Journalism (BIJ), show some forces receive 15 times as many applications for data than others but disclosure rates vary dramatically. Northumbria Police receives 12.5 right to ask requests per 100,00 people in the force area but responded to just seven per cent. Meanwhile, Cumbria Constabulary, which was sent five requests per 100,000 population, responded to 76 per cent. The highest number of right to ask requests was submitted in Lancashire Constabulary at 24.2 per 100,000, but the force responded to nearly four in ten. The rate of right to know applications from authorities also differs across the country  Suffolk Constabulary submits almost 59 for every 100,000 people, compared with 1.8 in Bedfordshire. And the disclosure rate varies from 98 per cent in Cumbria to just three per cent in Kent. Bedfordshire Police was also criticised for providing information to just eight per cent of applicants despite being sent less than four per 100,000 people. Sergeant Colin Nelson, of the forces public protection hub, recognised that Clares Law has been underused by officers. He added: We are working to improve the knowledge and understanding within our workforce, and increase its use to provide early intervention and help protect the most vulnerable from harm. The inconsistencies in how Clares Law is applied may be a result of the differing decision-making policies between forces. There is no set level of seniority for signing off disclosures, and forces variously make use of safeguarding boards and their own panels to examine applications. The latest figures released by Womens Aid show 113 women were killed in England and Wales in 2016 and 90 per cent knew their murderer. Seventy-eight of the women were killed by their current or former partners. The London Assembly is campaigning for a register of domestic abusers to help forces inform people when an offender enters a new relationship. Jess Phillips MP, a member of the Women and Equalities Committee, told the BIJ: The inconsistencies must be investigated and a level playing field must be reached. If we are going to make new legislation, we have to make sure it isnt just nice-looking law, it has to mean something on the ground. A College of Policing spokesperson said: The college has published comprehensive national guidance on domestic abuse, which includes a range of materials on the domestic violence disclosure scheme, also known as Clares Law. This includes dedicated domestic abuse training for police officers and staff, online briefings and assisting with the delivery of workshops across the UK when the scheme was introduced. Our guidance, toolkits, training programmes, including Domestic Abuse Matters, are designed to help and support officers and police staff to investigate, proactively and effectively, domestic abuse allegations.