After another tale of so near yet so far for British golfers in the
opening golf major of the season, The Masters at Augusta, Fife
Constabulary is now preparing to welcome thousands of visitors to St
Andrews as The Open Championship returns to the The Old Course in July.

After another tale of so near yet so far for British golfers in the opening golf major of the season, The Masters at Augusta, Fife Constabulary is now preparing to welcome thousands of visitors to St Andrews as The Open Championship returns to the The Old Course in July.

This year, The Open Championship celebrates its 150th anniversary and Fife Constabulary can expect a crowd of around 230,000 at St Andrews for the four-day golf tournament. Dealing with such numbers in a small town like St Andrews, with its limited transport links, while causing as little impact as possible to the local community, is always a big challenge for Fife Constabulary and the golfs governing body and championship organiser the R&A [The Royal and Ancient Golf Club of St Andrews], and planning gets underway a year in advance.

Apart from Fife Constabulary, this planning also involves agencies such as the Scottish Ambulance Service, Fife Fire and Rescue, utility companies and many departments within Fife Council. But it is probably the role that Fife Constabulary carries out in relation to traffic management and public order that is the most obvious to the public.

The Old Course is unique among Open venues in that since 1990 it has staged the event every five years  at other courses it is usually every ten years or more  and this gives Fife Constabulary the advantage of having a good consistency in staff knowledge and currency of planning issues. After each event there has always been a debrief meeting where all the agencies raise any problems which may have occurred, and cognisance of this is taken into account when altering the plans for the subsequent event.

While the last few Opens have thrown up very few issues, there is an acknowledgement that this only covers problems made known to the various agencies at the time and that there may be problems experienced by individuals or businesses that could be avoided if only these problems were known.

As a result, this year Fife Constabulary will be publishing a Community Impact Assessment, which will cover the many varied strands of the planning process, such as traffic management, local businesses, taxi and bus operators, refuse collections, health provision and media intrusion. This will involve contacting the relevant agencies, such as the Merchants Association, Taxi Association, etc, but also engaging with individuals directly affected, such as farmers and local residents.

This Community Impact Assessment is being prepared by St Andrews and East Neuk Inspector Bruce Thomson, who has been heavily involved with the last two Opens at St Andrews.
And the police responsibility does not end when the golf finishes for the day as a very large number of visitors remain in the town, staying in accommodation and taking advantage of the many restaurants and pubs. The effective policing of this night-time economy is crucial to reduce both the impact on the locals and to ensure that visitors enjoy their stay and leave the area with a very positive view of a crime and trouble-free St Andrews.

Extra resources dedicated to this duty have already been identified to assist the local response teams.

It is very important that the night-time economy is policed effectively for both locals and visitors alike and it is my intention that myself, the community team and other staff from the response teams will be very high-profile in the town, explained Insp Thomson.

But policing one of the biggest events in the British sporting calender, coupled with the inherent security issues surrounding the worlds top golfers such as Tiger Woods, is just one part of the equation for Fife Constabulary.

The force protects a population of around 352,000, covering a very diverse and geographically-dispersed area of more than three million acres, from beaches to farmland to hill country.

With its headquarters in Glenrothes, Fife Constabu

Data storage at the top of the agenda 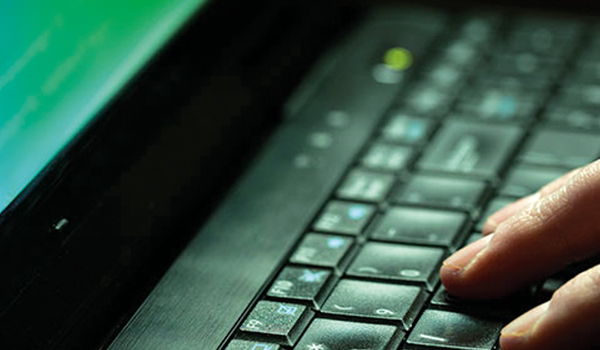