Border Force officers have pulled a cracker of Christmas  confiscating more than £2 million of counterfeit goods at UK ports and airports in the immediate run-up to the festive great day. 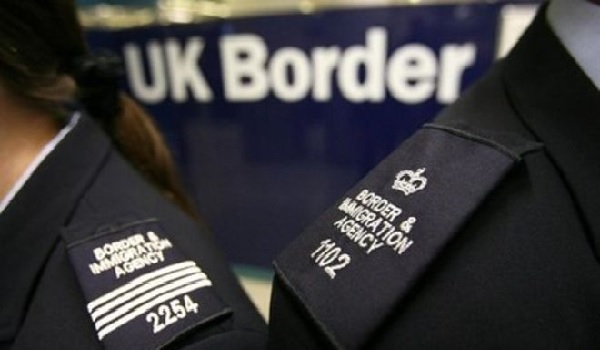 Border Force officers have pulled a cracker of Christmas  confiscating more than £2 million of counterfeit goods at UK ports and airports in the immediate run-up to the festive great day. A total of 82,320 packs of fake Calvin Klein underwear  worth more than £1.5 million  were among the seizures. Using a large X-ray machine, officers are able to monitor crates by seeing if the items inside match the original product. Around 1,440 fake Superdry hoodies worth £100,000 were impounded at Southampton port, along with 450 Dyson fans  worth £182,500  and £31,680 of Spiderman, Pokémon and Hello Kitty hand-held fans. Almost 16,000 counterfeit Gillette Mach 3 razor blades worth £143,840 were also seized at Heathrow Airport while 1,530 Pandora charms with an estimated value of £45,900 and £5,760 of Nike Vapormax trainers were found at Manchester Airport. Sean Gigg, a Border Force higher officer at Southampton docks, said the festive period usually results in more counterfeit items being confiscated due to the supply and demand in the UK. He added: “We are finding everything from counterfeit fans to counterfeit underpants, toys, cosmetics, watches, it`s anything that a counterfeiter can counterfeit. “To the average person it`s very important because you do not know what you are buying, you think you are buying a genuine product but it`s not really, it`s a counterfeit product that hasn`t been tested for safety standards. “So, an electrical item you could plug in and it could set on fire for instance, or it could have small movable parts that could fall off and choke a small child.” During a two-day operation at East Midlands Airport last month, Border Force officers seized 5,667 counterfeit items with an estimated retail value of £2.6 million. Among these were 485 Bulgari, Diesel and Louis Vuitton watches worth £1.4 million and 2,428 pairs of Nike trainers, football tops and tracksuits with a value of £251,000. Immigration Minister Brandon Lewis said: “The international trade in counterfeits is linked to serious and organised crime and undercuts honest traders, damaging our economy. “Customers are also left out of pocket with inferior and potentially dangerous goods. “We are determined to crack down on this criminality and have Border Force officers working 24 hours a day at ports, airports and mail sorting centres to identify and seize counterfeits.” Border Force South director Sue Young said: “Counterfeiters will look to capitalise and cash in where there is a demand for a product. “We urge consumers to be careful with their purchases. If the price appears too good to be true, either at a car boot sale, a market stall or online, it probably is.”