Deaths from drug poisoning have reached the highest point on record following an influx of fentanyl and cocaine-related fatalities. 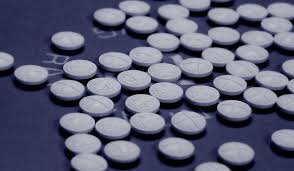 Deaths from drug poisoning have reached the highest point on record following an influx of fentanyl and cocaine-related fatalities. A two per cent rise in drug-related deaths in England and Wales last year took figures to 3,744  the most since comparable statistics began. Although more than half of fatal poisonings involved heroin or morphine, these figures remained relatively stable while threats like cocaine and fentanyl continue to rise. The Office for National Statistics (ONS) found 371 people died after using cocaine in 2016, up 16 per cent on the 320 deaths in 2015, and fentanyl-related deaths rose 70 per cent. The highest mortality rate from drug misuse was in the North East, where the National Crime Agency (NCA) recently issued a fentanyl warning following a string of deaths in the region. However, Public Health England (PHE) believes the threat posed by the drug is beginning to subside. Alcohol/Drug Treatment and Recovery Lead Pete Burkinshaw said: Following the recent tragic overdose deaths, primarily in Yorkshire and the Humber earlier in the year, involving heroin mixed with fentanyl, PHE has been urgently investigating how widespread the problem is. We have been working with drug testing labs and local drug services to get more information on confirmed and suspected cases. We do not have a full picture, but the deaths in Yorkshire do appear to have peaked earlier in the year and fallen since our national alert, and encouragingly, our investigations in other parts of the country suggest we are not seeing the feared sharp increase in overdoses. The figures, which cover deaths from legal and illegal substances, show 58 deaths were linked to fentanyl last year, up from 34 in 2015 and 22 in 2012. Since December, the NCA has identified a further 60 deaths where fentanyl or one of its analogues was involved. The substance is approximately 50 times more potent than heroin meaning even a tiny dose  as little as 0.002g  can potentially be fatal. The most common analogue, known as carfentanyl, is even more dangerous as just 0.00002g constitutes a lethal dose. Four men have been charged with importing, supplying and exporting the drugs since April, mostly in Yorkshire. Nearly 75 people per million population died of drug poisoning in the North East last year  the highest mortality rate in England and Wales. The new figure represents a 13 per cent rise on 2015. In May, the NCA and PHE urged people in Yorkshire and the North East to be vigilant to the threat of fentanyl after testing showed its influence was greater than first suspected. The overall mortality rate from drug poisoning increased by three per cent in England and by 15 per cent in Wales, where 66.9 people died per million. The number of recorded fatal overdoses in Wales has risen from 113 to 192 since 2014. The lowest death rate was in the East Midlands at 29.1 per million population. In total, 1,209 deaths involved heroin or morphine, up nine on the previous year. More than 120 people died after using new psychoactive substances (up eight per cent), 413 deaths involved methadone (down five per cent) and 460 related to antidepressants (up three per cent). Seven in ten recorded cases were drug misuse deaths, mostly involving people aged 40 to 49. Responding to the figures, Hardyal Dhindsa, portfolio lead on alcohol and substance misuse for the Association of Police and Crime Commissioners, said he was deeply disappointed. If anything were to underline the need for cross-government action to tackle the ever-present threat and harm posed by illicit drug use, then this is it, he added. Indeed, reversing these trends will be a critical test for the Governments new Drug Strategy Board, the launch of which I welcomed last month. As I emphasised then, the effectiveness of this strategy will rely on the Board ensuring that all relevant stakeholders are aligned and engaged. PCCs have an important ro